Report: NFL Players Not at Increased Risk for Suicide 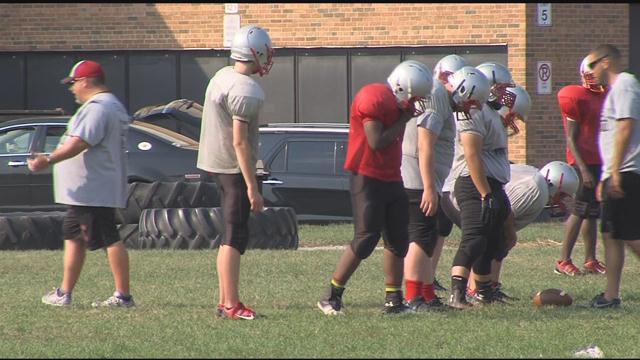 Retired National Football League players are at no greater risk of suicide when compared with the general U.S. population, according to a new study by the Centers for Disease Control and Prevention.

Researchers calculated the suicide death rate for 3,439 retired NFL players who played at least five seasons between 1959 and 1988 and compared it with the suicide death rate for gender-, race-, and age-matched people from the general U.S. population. They found that from 1979 to 2013, the rate of suicide among these former professional football players was less than half of what would be expected compared with the general U.S. population. The NFL group experienced 12 suicide deaths compared with 25 that would be expected in a comparable gender/race/age sector of the U.S. population.

“The issue of football players being at higher risk of suicide than the general population has been raised in the popular and scientific literature,” said Douglas Trout, MD, Deputy Director of the Division of Surveillance, Hazard Evaluations and Field Studies at NIOSH. “In studying this particular cohort of professional football players, our researchers did not find this to be the case; more studies are needed before further conclusions can be reached.”

Based on previous information suggesting different risks for different positions, the researchers divided the players into two categories: speed positions such as quarterback, fullback, running back, and wide receiver; and non-speed positions, which include all defensive and offensive linemen positions. Punters and kickers were excluded from the analysis because their positions generally did not involve contact that resulted in head injury.

Fifty-eight percent of the suicide deaths were white players and 42 percent were black players, virtually equal to their representation in the entire group (59 percent white, 41 percent African American). The rate of suicide, or “intentional self-harm,” was significantly lower in former NFL speed-position players compared with the general U.S. population. The suicide rate for non-speed-position players was lower than that of the general population, but the difference was not mathematically significant.  There were also significantly fewer overall deaths from cancer, heart disease, and assaults/homicides among the former NFL players than in the general population.

CDC conducted the study to learn more about whether football players, who are at a higher risk of concussions when compared with the general U.S. population, might also have a higher risk of suicide.

Although the study found no increase in risk of suicide, it does have several limitations. Records available to the researchers did not include information like environmental or genetic factors related to suicide risk or specific information about concussions among the players in the group studied.

NIOSH first began to study the deaths of retired NFL players in 1994 after a request from the NFL Players Association. NIOSH has published two other studies for this group about death from cardiovascular disease and from neurodegenerative disease. This latest study adds to the current discussion about the relationship between playing football and suicide risk, but does not resolve the issue of whether suicide is more common among former football players.