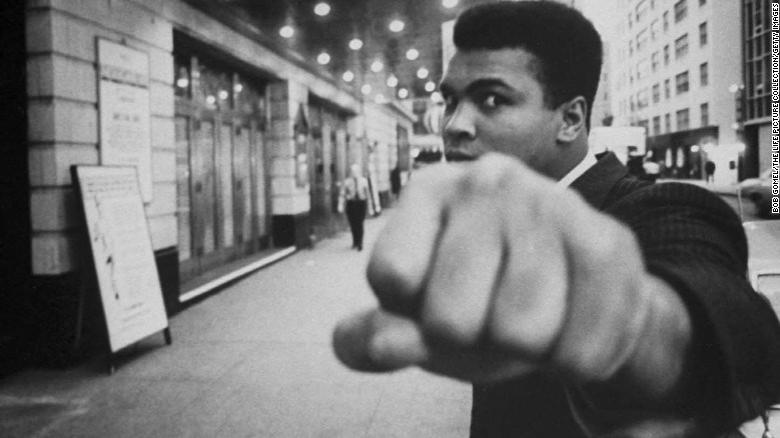 (CNN)A daughter of boxing legend Muhammad Ali said Friday that her "number one priority is her father's well-being" after he was hospitalized in Phoenix for what his family said was a respiratory issue.

Laila Ali "truly appreciates the outpouring of love for her family, as she spends quality time with her dad," a statement issued by her business manager said.
The daughter's statement came on a night that Reuters, citing a source close to the family, reported that Muhammad Ali, 74, is close to death. He was hospitalized on Thursday.
The boxing legend, who was diagnosed with Parkinson's disease in 1984, was hospitalized in January 2015 with a urinary tract infection. He was hospitalized in December 2014 with pneumonia.
Former six-time world champion Sugar Ray Leonard tweeted: "Prayers & blessings to my idol, my friend, & without question, the Greatest of All Time @MuhammadAli ! #GOAT
Actor Liev Schreiber, the voice of many documentaries including "Ali-Frazier I: One Nation... Divisible" wrote online, "Thinking about the greatest tonight(.) Hoping he is on the mend and surrounded by loved ones #MuhammadAli @MuhammadAli."
In recent years, Ali had largely stayed out of the public spotlight. He once was known not only for his athletic prowess as a three-time heavyweight champion but also for his social activism.
Ali was born in Louisville, Kentucky, as Cassius Clay in January 1942. He began boxing as an amateur when he was 12 years old and in 1964 became heavyweight champion with a knockout of Sonny Liston. That year he joined the Nation of Islam and changed his name.
Ali's sparkling career was interrupted for 3½ years in the 1960s when he refused induction into the U.S. Army during the Vietnam War and was convicted of draft evasion. The Supreme Court overturned the conviction.
He went on to win the heavyweight title twice more before retiring for good in 1981.
Share this article: