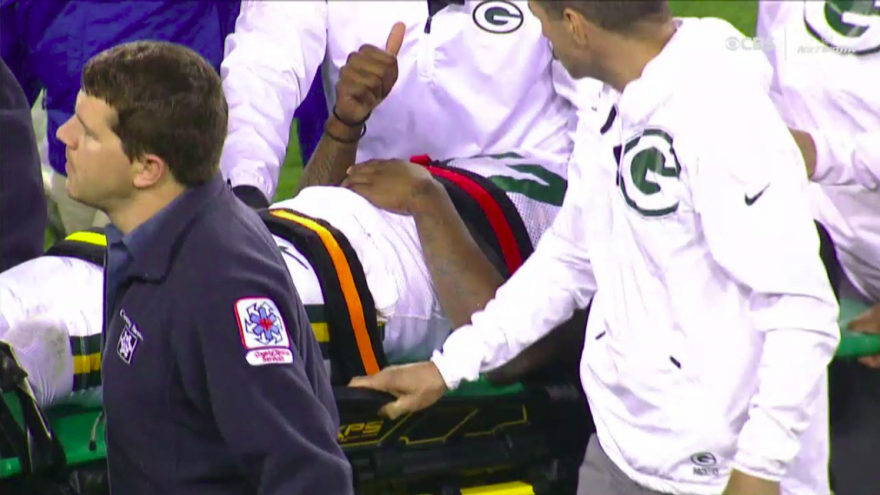 GREEN BAY, Wis. (CBS 58) -- Ian Rapoport of NFL.com is reporting that Bears Danny Trevathan is being reviewed for a possible suspension after his third quarter hit on Packers wide receiver Davante Adams.

Adams was taken off the field on a stretcher with about 4 minutes left in the third quarter against the Chicago Bears on Thursday night after getting hit in the head during a tackle by Trevathan.

The game was delayed for about 5 minutes while medical personnel tended to Adams. He gave a thumbs-up signal as he was wheeled off the field.

The Packers said that Adams had feeling in all of his extremities and was conscious but was being evaluated for possible head and neck injuries.

Trevathan was called for an unnecessary roughness penalty following Adams' 8-yard catch to the Chicago 8.

Rapoport also had a copy of the officials pool report regarding the referee's comments on the hit. The referee said, "From my perspective I just didn't see enough to have it rise to that level," when asked why Trevathan was not ejected from the game.

Rapoport also said that Packers running back Jamaal Williams is believed to have suffered a knee sprain and will likely miss some time. Starting running back Ty Montgomery also went out of the game Thursday with broken ribs.