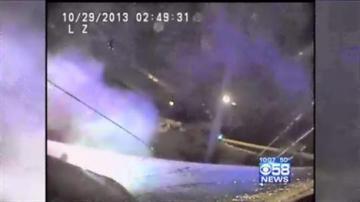 MILWAUKEE-Kevin Hutchins, 40, of Milwaukee was formally charged Thursday with eight counts including OWI causing injury and resisting an officer in connection with a high speed chase and crash earlier in the week.

According to court records, Hutchins was out on bail for a sex assault charge when deputies tried to pull him over.

Instead, he allegedly sped away and then lost control and crashed.

The criminal complaint says Hutchins was combative and abusive after the crash.

At one point, he allegedly dug his nails into the hand of a nurse who was treating him at the hospital.

The force broke through the latex glove and drew blood.

Hutchins also had blood on his hands so it's possible the nurse is at risk of a blood transmission.