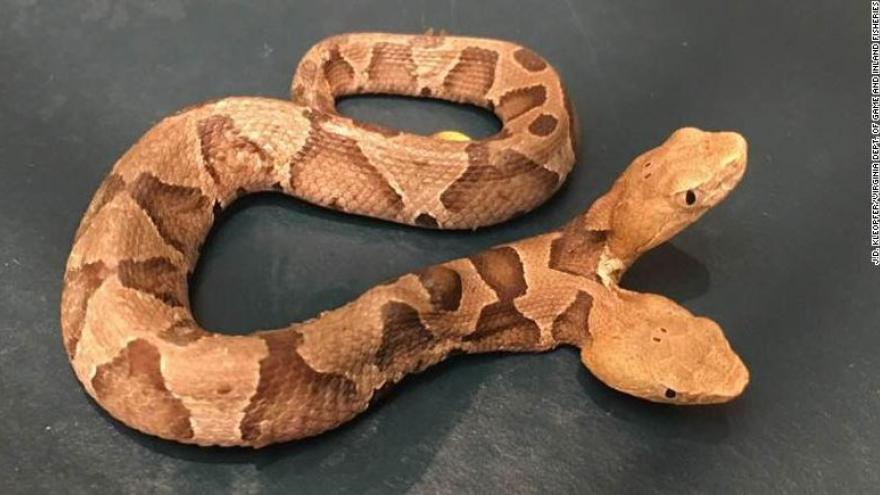 (CNN) -- A rare discovery was made in northern Virginia this month when a two-headed baby copperhead slithered in the yard of a resident.

The unnamed person who found the snake contacted the Virginia Herpetological Society for identification and a state herpetologist picked it up to study.

"Wild bicephalic snakes are exceptionally rare, because they just don't live that long," J.D. Kleopfer of the Virginia Department of Game and Inland Fisheries posted on Facebook on Thursday. "Too many challenges living day to day with two heads."

The baby Eastern Copperhead was taken to the Wildlife Center of Virginia in Waynesboro for radiographs so officials could determine how both the heads functioned with the body.

"It appears as though the left head is more dominant -- it's generally more active and responsive to stimulus," the Wildlife Center of Virginia said in a statement Friday.

The baby copperhead is not available for public viewing. Professionals are caring for it, and if the snake survives, it will be donated to a zoo for an educational exhibit.