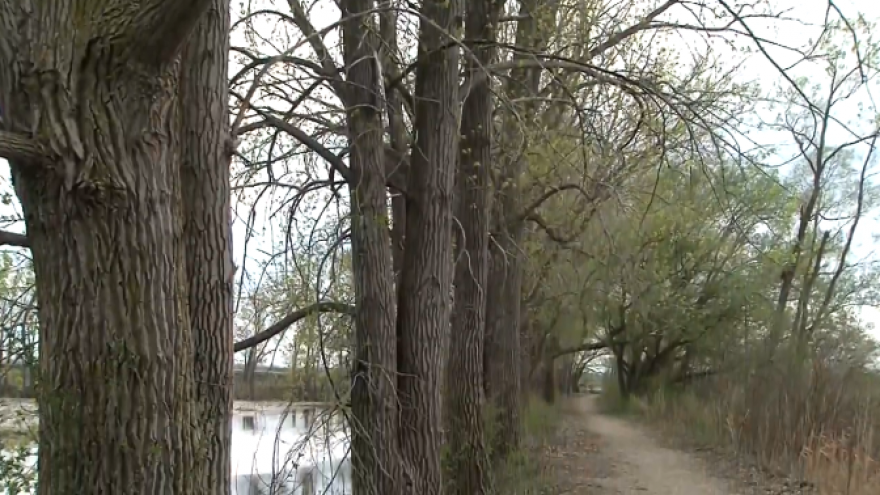 GREEN BAY, Wis. - (WFRV) A rare bacteria that can cause illness in both people and animals was discovered in the Ken Euers Nature Area in Green Bay after biologists discovered between 15-20 muskrats had died and tested positive for Rabbit Fever.

Rabbit Fever, or tularemia, can be transmitted by ticks, as well as certain areas with water.

"It is also transmitted in the muddy and water substrate that's in that area," DNR wildlife biologist Joshua Martinez said.

It is unclear at this time if the muskrats contracted Rabbit Fever from the water, or from ticks.

The Rabbit Fever strain was identified as Type B, which is a bacteria that is less harmful than the other strains to humans and animals.

The muskrats that were found dead were also emaciated, which Martinez attributes to the late spring blizzard that may have cut off some of the animals' food sources.

The Rabbit Fever strain found in the Ken Euers Nature Area is currently the only location in Brown County where it has been discovered.

The strain can cause mild illness in humans and animals and can be treated with antibiotics.

A person can feel symptoms such as fatigue, flu-like symptoms, and even an ulcer at the site of the tick bite.

One veterinarian says to always check your pet for ticks if they have been outside, and look for symptoms such as loss of appetite or tiredness in your pet when it comes to Rabbit Fever.

It's not just tick bites that can transmit the disease.

"The other way that dogs and cats can get infected by it is if they're eating dead animals," Dr. Daniel Gray of the Gentle Vet Animal Hospital said. "That's the most common way, and then the third common way is to drink contaminated water."

The key is to bring your pet in early to treat the illness.

"Fortunately when caught early, that's the key, there's a very simple medication that every vet carries, it's called doxycycline, that will take care of it," Dr. Gray said. "Really the danger of this disease is discovering it late, late diagnosis."

Don't forget to protect yourself from ticks when you're outside, too.

"Making sure you're wearing 20-30% DEET repellant, it works great for keeping ticks off, or even pre-treating your clothes with permethrin," Martinez said. "And then in addition, when you get home, make sure you check yourself for ticks, or check your children for ticks, or even your pets because usually they can't do a very good job on their own, and make sure you remove all ticks."

If you see two to three dead animals in one area, Martinez recommends calling the DNR to report it at 920-622-5139.