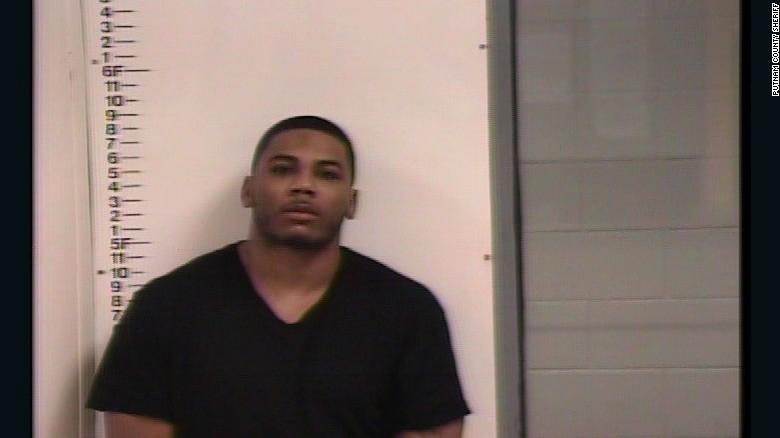 (CNN) -- Hip-hop star Nelly has been arrested on drug charges in Tennessee after a state trooper pulled over the private bus in which he was traveling, authorities said.

The 40-year-old rapper from St. Louis, who shot to fame 15 years ago with the track \"Country Grammar,\" has been charged with felony possession of drugs, simple possession of marijuana and possession of drug paraphernalia, the Tennessee Department of Safety and Homeland Security said.

But Nelly's lawyer Scott Rosenblum said he was \"extremely confident that when the facts come out, Nelly will not be associated with the contraband that was allegedly discovered.\"

The state trooper stopped the bus carrying Nelly and five other people on Interstate 40 in Putnam County on Saturday because it wasn't displaying U.S. Department of Transportation and International Fuel Tax Association stickers, according to Tennessee authorities.

The trooper was about to conduct an inspection of the bus, a Prevost motor coach, when he \"noticed an odor of marijuana emitting from the vehicle,\" authorities said in a statement.

Two troopers then searched the bus, finding \"five colored crystal-type rocks that tested positive for methamphetamine, as well as a small amount of marijuana and other drug paraphernalia,\" the statement said.

The search also turned up several handguns and 100 small Ziploc bags, which the statement said are commonly used for selling drugs. The guns included a gold-plated .50-caliber Desert Eagle pistol, a .45-caliber Taurus pistol and a .500 Smith & Wesson magnum.

Rosenblum, the rap star's lawyer, said in a statement that \"there had been 15-20 people that had access to the bus prior to the stop.\"

He described the substance that the troopers are alleged to have found as \"MDMA aka Molly or Ecstasy.\"