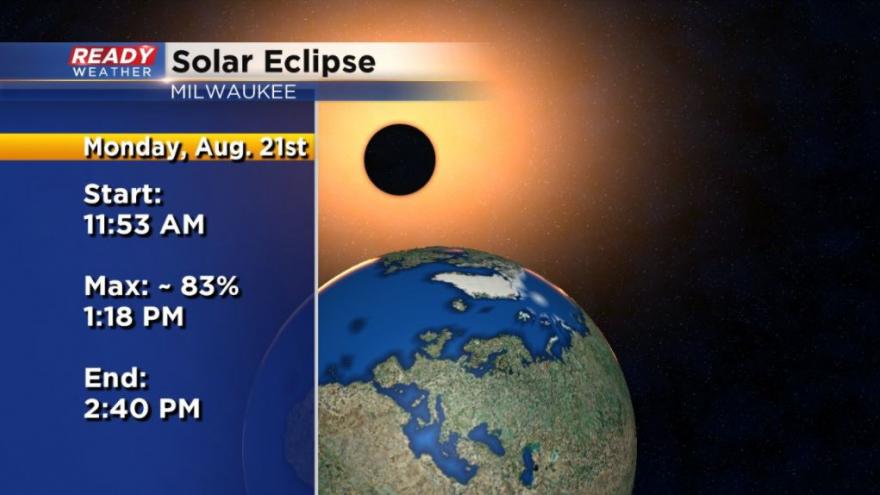 We are less than 72 hours away from the solar eclipse moving across the United States. The event has captivated everyone's attention for the past week, with almost every single store in Milwaukee selling out of the solar eclipse glasses. For the past week, the forecast for Milwaukee and most of southeast Wisconsin has looked iffy with cloud cover for the eclipse and now a rain chance could make it even harder to see the phenomena.

In case you forgot, here are the details for Monday's eclipse. In Milwaukee it starts at 11:53 with the beginning of the partial eclipse as the shadow of the moon falls on Wisconsin. The eclipse will reach its maximum point in Milwaukee of 83% at 1:18 PM and then the shadow will move off the Wisconsin and go back to sun around 2:40 PM. If you live south or west of Milwaukee adjust that time a few minutes earlier and a few minutes later for areas north and east of Milwaukee.

To the south where the band of totality will set up the sky will go nearly dark (similar to dusk) for a few minutes and temperatures could drop over 10 degrees. The effect won't be that drastic here in southeast Wisconsin. It will get a bit darker, but very similar to 30 minutes after sunset. The temperature could drop a few degrees, but likely nothing noticeable, and the wind could pick up a little bit. It's something you'll remember for a few weeks, but those in the path of totality will remember it for their whole life.

Since the solar eclipse is all about the sun, you do need to actual see the sun in order to really experience the event. That's why the cloud forecast is so important. The Ready Weather Team has been predicting a partly cloudy sky for about a week now, but now the forecast looks more like mostly cloudy with even a few rain showers possible.

A warm front in association with a storm system to our west will bring warm and humid temperatures along with the chance for showers, storms and definitely clouds. Right now it still looks like a few dry periods and cloud breaks are possible, so don't spend $500 on a plane ticket to Nashville just yet, but if you really want to see it you should start making a Plan B. 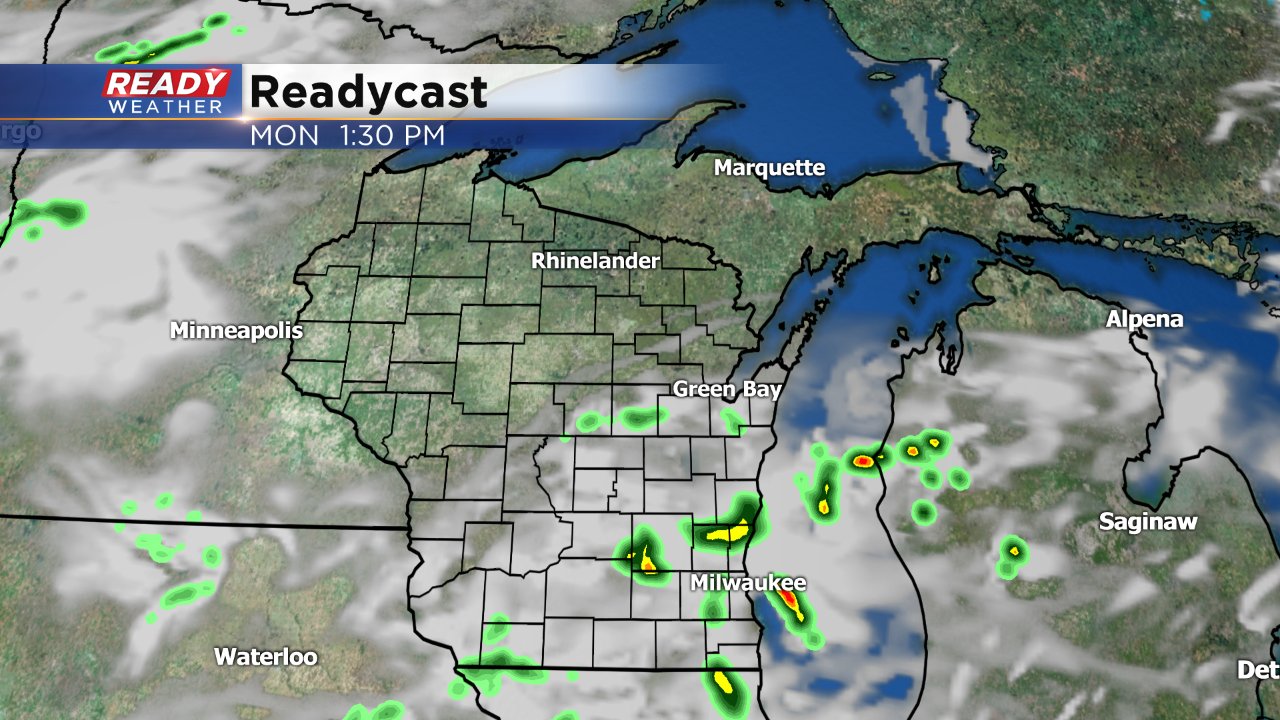 With the current cloud forecast, the Upper Midwest looks like one of the worst spots to view the eclipse. Poor visibility is expected here and in Minnesota. The Central US is expecting fair viewing conditions at this point with a partly cloudy sky. 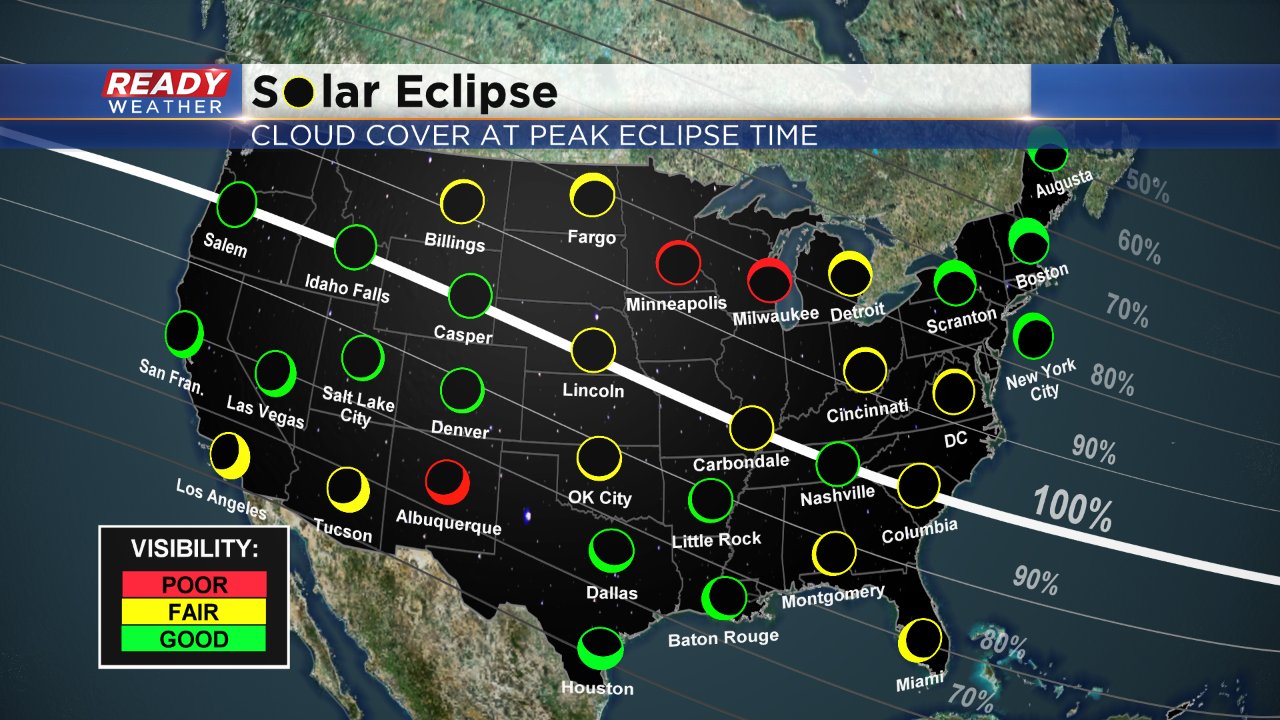 If you are looking to travel for the best viewing, my recommendation is to go southeast. Central Indiana or Illinois should be able to give you a better chance of viewing this once in a few years phenomena.

P.S. If you miss this one, don't get too upset. The next solar eclipse across the U.S. will arrive in seven years in 2024.