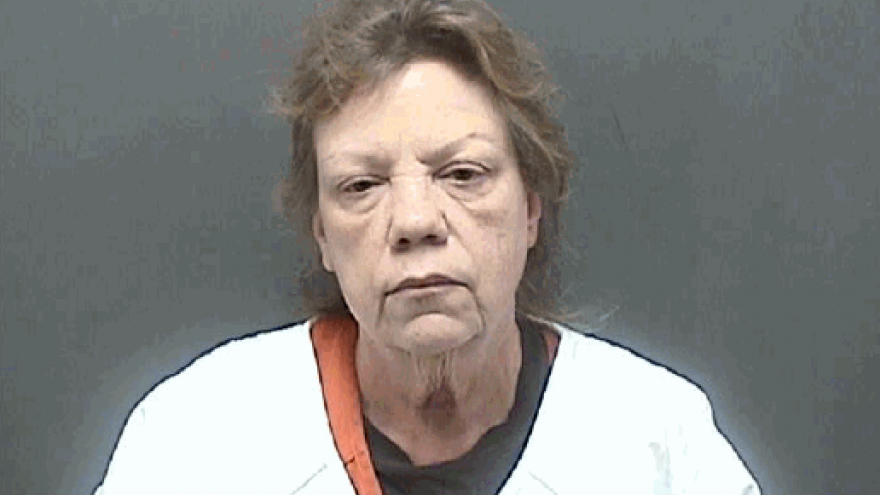 RACINE, Wis. (CBS 58) – A Racine woman is facing charges in connection to the death of her son.

According to a criminal complaint, Cheryl Christensen faces a charge of negligently subjecting an individual at risk to abuse, causing death.

Court documents state Racine Police were called to Christensen’s home on October 28 for a welfare check of her 46-year-old son.

Christensen was the legal guardian of the man because he had suffered a severe brain injury as a teenager and was unable to care for himself.

When trying to enter the home, Christensen started yelling at officers that she wanted to be left alone. Authorities eventually got inside and once in the home, saw a red line painted on the floor, a red cross painted on the T.V., red paint splattered on the walls and a red ‘X’ painted on all of the doors.

Authorities then found the 46-year-old man dead on the bathroom floor covered in a blanket.

Court documents state Christensen locked herself in a room and would not listen to officers’ commands. Eventually, a taser was used to take her into custody.

Christensen told officers the victim had fallen out of bed and she believed he had broken bones several days before authorities responded to the home. She told police she attempted to take care of him, but could not get him back in his wheelchair. She said she decided the best thing to do was to drag him to the bathroom. Christensen told police she cared for the victim for the first couple of days and then he was unresponsive for several days. She told police the victim deserved to pass away in a peaceful manner and she did not want him to die in a hospital.

She said she did not contact emergency services because she wanted him to ‘die a peaceful death at home’. She told police she believed the victim’s health had been declining and he was ‘on his way out’, according to the criminal complaint.

When asked about the red paint, Christensen told police, “the home had a mad energy to it” so she decided to put the paint around the house.

Witnesses told officers they believe Christensen was suffering emotional distress because she had been sending significant amounts of money to a preacher in Texas.

Christensen was also charged with obstructing an officer and disorderly conduct.

If convicted, she could face 25 years in prison.