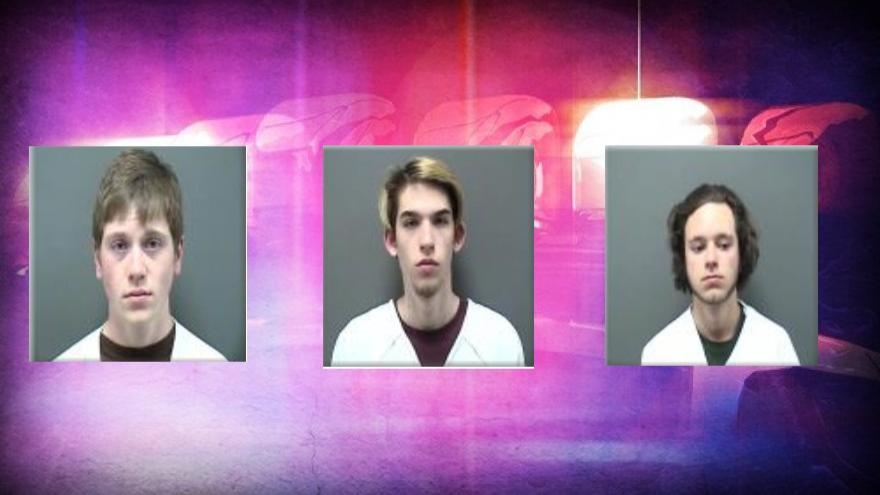 RACINE, Wis. (CBS 58) -- Three men have been arrested and are now facing charges after they allegedly assaulted a man and stole his pants behind a pub in Racine.

Matthew Block, Hunter Clark, and Elijah Bronner are all facing charges of Armed Robbery With Use of Force, Misdemeanor Battery, and various drug charges.

Racine Police responded to the 200 block of Main Street for a report of an assault on May 5. The assault occurred in the parking lot behind Ivanhoe.

Officers located the victim who had blood on his face and scraped knees and elbows. The victim was not wearing any pants and appeared to be intoxicated. According to the criminal complaint, the victim and another woman were outside when they were approached by three unknown males. A fight ensued and one of the suspects allegedly took a knife and cut off the victim's pants and took them.

The victim told police he had $320 in his pants as well as his cell phone and the person he was with's cell phone.

Officers located the suspects in a nearby parking lot. They admitted to the altercation with the victim.