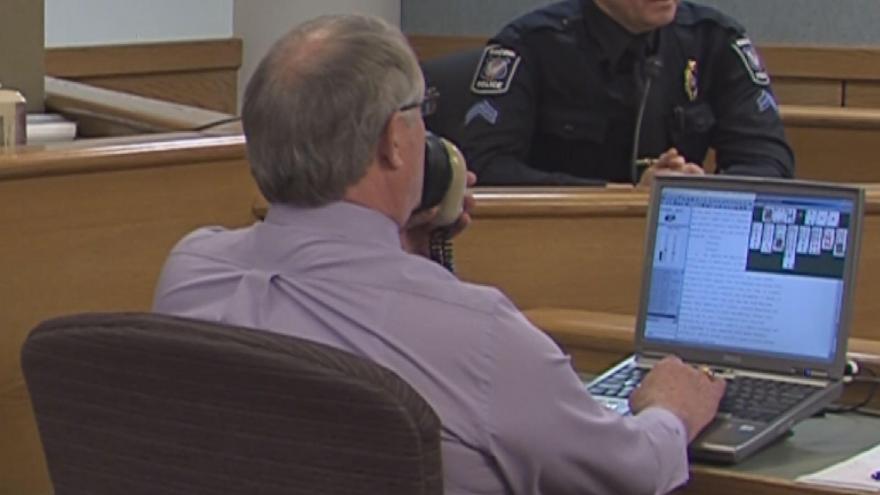 Racine County Chief Judge Allan Torhorst is not concerned by a court reporter playing "FreeCell" solitaire in the courtroom.

Torhorst said, "That does not bother me, as long as the record is accurate.”

Court reporter Mark Gavin transcribes court proceedings by what is called voice writing, it’s a unique method according to a State Courts spokesman.

Garvin says he can effortlessly produce accurate transcripts while also playing a computer game, and has proven that for 15 years.

Garvin said, “I’ve proven myself hundreds and hundreds of times by my transcript, no one has ever questioned it.”

A CBS 58 viewer did question Garvin's method of simultaneous reporting, and game playing.

While watching the 10pm news I saw a segment on a court case and it appears as though the clerk of courts is playing solitare while a police officer is giving testimony and the judge is listening. Is this tax dollars at work?

Garvin responded to the criticism, saying, "Buy a transcript. I don't know what else to say. I don't tell you how to do your job, and you don't tell me how to do mine. And if I produce a transcript that is inaccurate, I will hear about it immediately. And I've never heard a word, and I've been doing this forever."

Chief Judge Torhorst also responded to the viewer criticism of Garvin, saying, "Judges are always aware of what’s going on in the entire courtroom. So if someone complains, my view would be tell me what went wrong, or keep your nose out of it.”

Via email, State Courts spokesman, Tom Sheehan, said, "The Director of State Courts has asked administrators in District Two to make sure the court reporter is fully engaged in the task of court reporting while in court, and that he is making an accurate record of the proceedings. The director's office is not aware of any complaints or concerns in this regard."