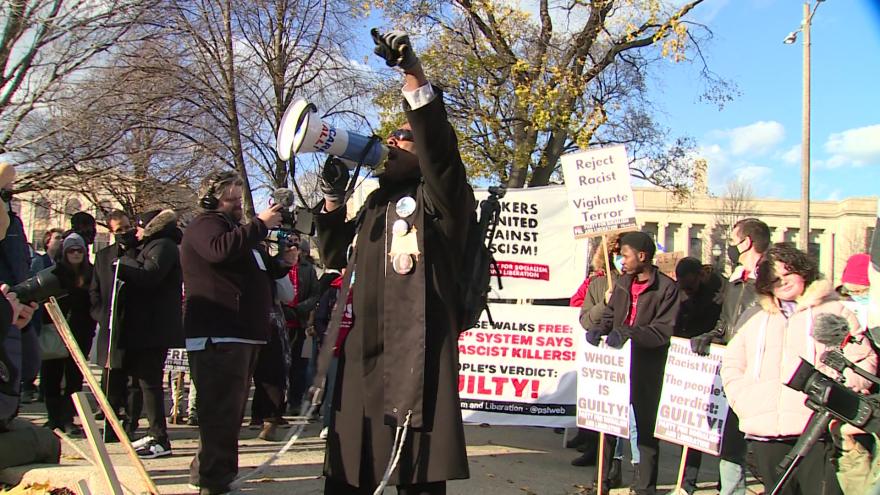 The streets were loud with protestors calling out the names of Joseph Rosenbaum and Anthony Huber, the two men killed by Rittenhouse, voicing many grievances with the way the trial was conducted.

"This judge somehow needs to be censored or he said he's going to retire, please go ahead on, because we need people to sit on the bench with judicial prudence that has non-bias, we don't know this man's background, he put his hand on the scale at every point he had," said Jacob Blake's uncle, Justin Blake.

Justin cited things like Kenosha County Circuit Court Judge Bruce Schroeder's decision to not let the word victim be used to describe those killed in the trial but allowed them to be called things like looter or rioter.

He also spoke about how the video of Rittenhouse, saying he wanted to shoot at people he thought were shoplifting at a CVS Pharmacy just weeks before the shooting, wasn't allowed to be used as evidence.

Justin Blake said he's seeking to start a national movement to try and dismantle racist systems in the government, saying cases like Rittenhouse's enable white supremacist militancy which is known to be operative in the region.

Reverend Jesse Jackson was rumored to have been leading the march Sunday, but he was not in attendance.

A representative from his Rainbow Push Coalition said he's in Washington D.C., calling for an investigation into the way the trial was handled.