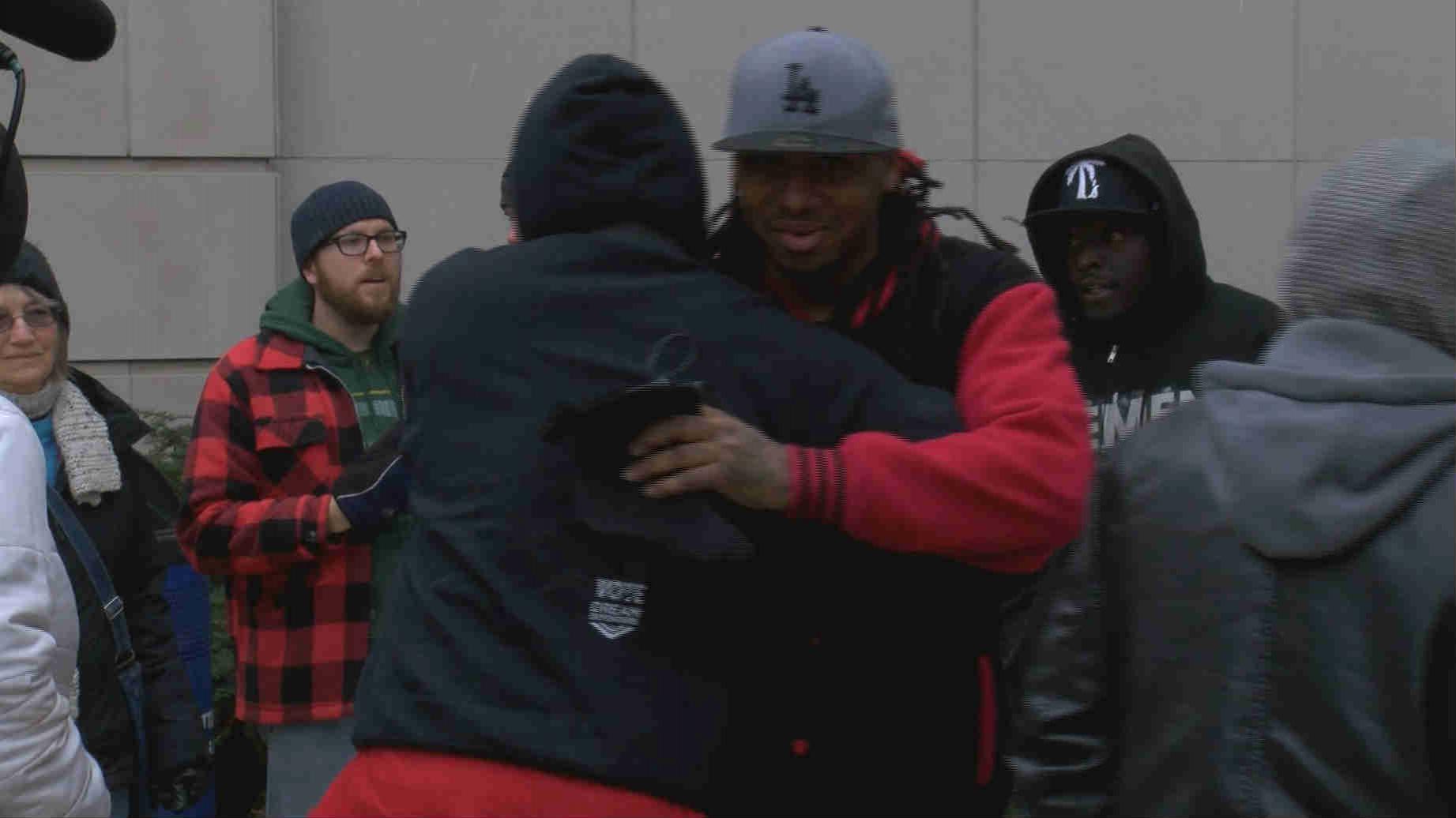 Protesters rallied outside the Milwaukee County Jail Sunday less than 24 hours after 14 were arrested for marching on the freeway.  The group included three men from Ferguson, Missouri who joined in calling for charges against Milwaukee Police officer Christopher Manney.

\"When you try to be civil with somebody and they don't respond to you, you have to go to the next level,\" Vaun Mayes said.

To the group of protesters, that meant marching down Martin Luther King Jr. Drive and onto I-794 Saturday.

Deputies arrested the protesters and held two children, who were also led onto the freeway, while the mother was booked.

\"We getting killed by the police every day, so if you all think that's dangerous, come live in our neighborhood and just walk every day,\" Rawls said when asked about the cchildren'ssafety.

Local marchers got out after a few hours, receiving disorderly conduct and pedestrian on the freeway citations.  But jailers kept two of the Ferguson protesters locked up until they could pay the citations. Barricades went up in front of the jail and doors were locked to the public Saturday.

\"They barricaded this up like we were some terrorists or something,\" Rawls said.

\"We're sending the wrong message to the community that we are not working with them,\" Bowen said Sunday.

Bowen says deputies turned him away. Milwaukee County Sheriff David Clarke wasn't available for comment on the jail situation Sunday, but said in a statement released this weekend,  \"...arrests will be made when violations of the law occur, regardless of the protesters' motivations.  Law and order will be maintained.\"

\"To say that the sheriff is more concerned about locking people up to prove a point and to show how less power they have and how much power he has, it's unfortunate,\" Bowen said.

Rawls says he paid nearly $700 out of his own pocket and was released early Sunday morning.  A crowd-funded website went up over the weekend to raise money for the other two Ferguson protesters.  As of 6:30 Sunday night, the site raised more than $1,800.

A protester's Facebook page says the other two protesters were released Sunday.