MILWAUKEE (CBS 58) -- Protesters came from all across the area to gather outside Panther Arena Tuesday night, taking issue with everything from Trump's foreign policy to his immigration policy.

The group included members of nearly a dozen organizations, including Voces de la Frontera and Coalition to March on the DNC.

"I think it's important for us to make a stand that says we're not angry, but we're concerned with what's going on in our government, and having the President here is the perfect venue to do it," said protester Charlie Kenen.

Some say their issues are with the president's policies.

"We all need clean air and clean water," said Kate Fontanazza. "The Trump administration is allowing the rollbacks of the EPA."

"I don't think his foreign policies will bring us peace," Pamela Richard said.

For others, it's about character.

"I'm so disgusted with what I see for our country," Rae Quoss said. "The man has done nothing but tear us down, and it breaks my heart."

Protesters say showing up in Milwaukee is a must, because Wisconsin could be a key state in November.

"Twenty-two thousand votes made the difference last time, and we could be close to that this time," said Ed Merkle.

Protesters hoped to get a glimpse of the president as he arrived for his rally so he could hear their message. 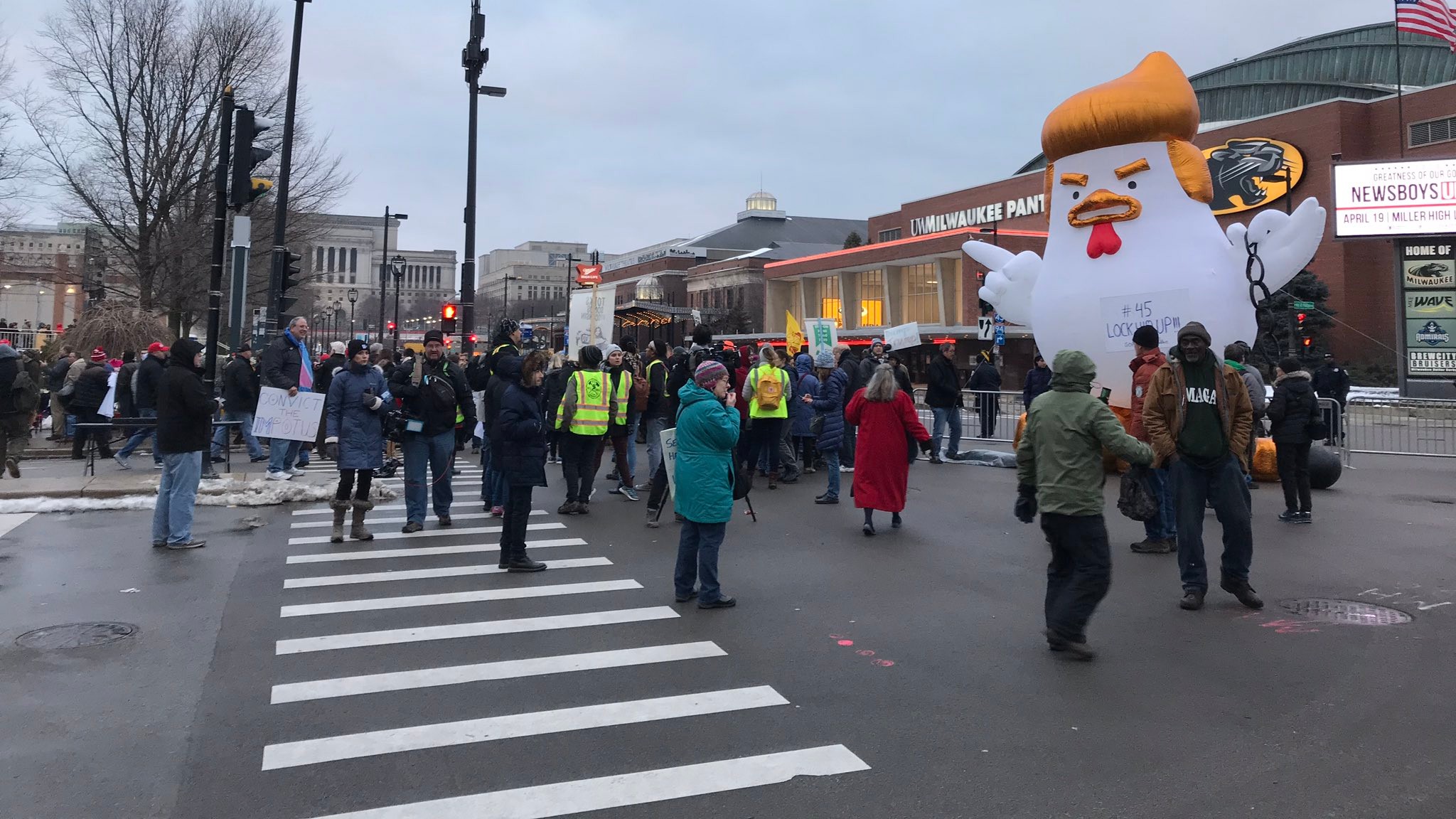 Protesters are marching to the UWM Panther Arena where President Trump is scheduled to take the stage at 7 p.m.

CBS 58 spoke to one man who says he is a Republican-turned-independent, and cannot support President Trump's policies.

"Doesn't stand up to my standards," he said.

The protest is a combination of several different organizations, including Coalition to March on the DNC and Voces de la Frontera. Groups from Chicago also plan to rally.