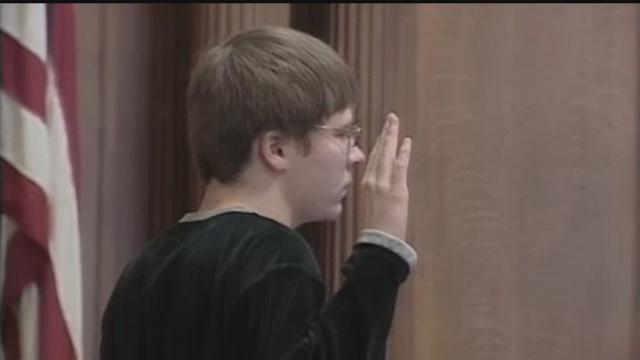 Prosecutors filed brief in the appeal in Brendan Dassey case on Wednesday in a federal appeals court.

In the appeal, prosecutors said Dassey’s confession was voluntary.

According to prosecutors, Dassey spent four months “guilt-ridden over his participation in Teresa Halbach’s brutal rape and murder.”

In a court document, he lost 40-pounds and would just stare into space and start crying.

According to the court document, “Two months after his crimes, Dassey revealed to his cousin that he had seen Halbach “pinned up in the bedroom” and had seen “body parts in a fire behind Avery’s garage.”

Investigators during the interview allegedly assumed Dassey was a witness.

According to the court document, “when they sensed he was withholding the next part of his story, they pushed back and told him to be completely honest. “

According to prosecutors, the investigators did not make promises to Dassey and “clearly explained to Dassey that they could not make any promises.”

The appeal says the during the 3 hour interview the investigators did not threaten or intimidate Dassey.

Seventh Circuit Court of Appeals ordered the stay of Brendan Dassey's release from prison in November.

The court ruled the stay is pending resolution of the appeal.

The State was fighting to keep Brendan Dassey behind bars in the wake of an order from Judge William Duffin to release him.

On Monday, Judge Duffin ordered Dassey be released while his case works through the appeals courts, but this afternoon Wisconsin Attorney General Brad Schimel asked for that order to be halted.

In the motion, filed late Tuesday afternoon, Schimel argued Judge Duffin cannot order Dassey's release, because the judge already halted the order to overturn the conviction. Schimel’s motion states “It stayed the judgment while the decision is on review in the Seventh Circuit such that no relief may be granted.”