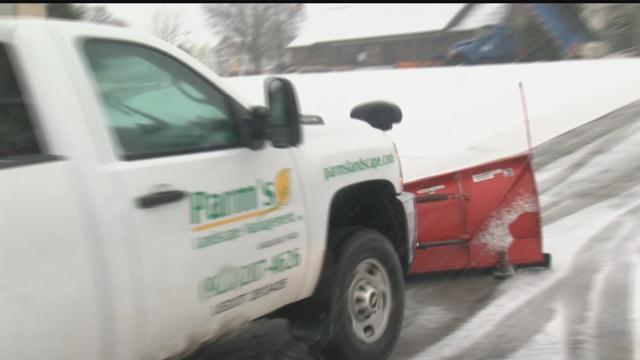 More than five inches of snow could fall in Sheboygan from the spring snow storm. Road crews have been out all day handling the roads, but it's the private contractors that are excited about this because it's been a fairly quiet winter, compared to other years. All crews have really done is spread salt on the sidewalks and such. Not only that, but because many of the plow drivers are also landscapers, they need the snow to keep their businesses alive.

"We were kinda slow this year, so this last one definitely helps us," said Dylan Usadel, who works in the operations department of Parm's Landscape Management in Sheboygan.

This is typically the time of year when Usadel is helping get the landscaping equipment ready, but he's plowing snow.

"Usually we like the two to four inch range, not all this heavy wet stuff," he added.

At least 20 trucks are treating the city streets in Sheboygan. The Public Works Department is ready for whatever the storm does.

"We're prepared one way or the other, we just react during the event," said David Biebel, Director of Public Works.