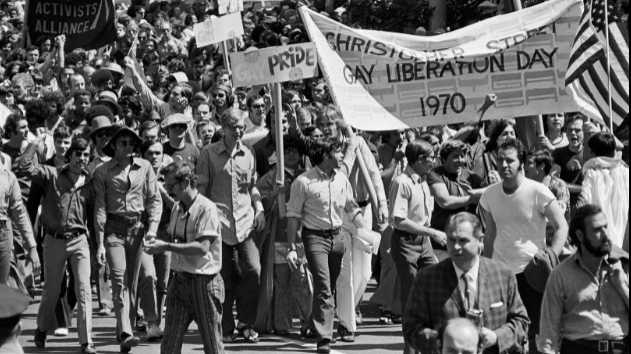 (CNN) Millions will march across the nation Sunday to celebrate annual LGBT parades amid tight security following the Florida massacre.

Two weeks ago, a gunman stormed the Pulse gay nightclub in Orlando, killing 49 people in one of the deadliest mass shootings in the U.S.

Major cities in the U.S., including New York, Chicago, San Francisco, Seattle and Houston, are set to celebrate the events honoring the lesbian, gay, bi-sexual and transgender communities.

Unlike recent years, authorities will take additional steps to ensure security in the wake of the Orlando shooting rampage.

"We will, out of caution, be increasing the size of the police detail this year with some degree of focus that we might not have had in years past on the issue of terrorism," NYPD Commissioner William Bratton told CNN affiliate WABC.

New York City has dispatched police cars with the words "Pride Equality Peace" painted in rainbow colors on some, the affiliate reported.

In San Francisco, for the first time, this year's Pride Fest will include a security checkpoint screening at every entrance, according to CNN affiliate KGO.

"I feel pretty safe, I think that it needs to be implemented and I think it's a good idea," Brennie Don said.

'Looking over our shoulders'

Last year, parade goers were celebrating a major milestone with the nationwide legalization of same-sex marriage.

But while this year's tone will be more somber, supporters said it will take on a special meaning.

"Our hearts are with Orlando. We think of them every day," San Francisco resident Cory Vaughn told the affiliate. "We have metal detectors, we're all being safe, but we're still looking over our shoulders."

Poma has said she will attend the event "as part of the nation's healing process" and hopes the Pride parade will allow members of the LGBT community to comfort each other through love and support.

"Orlando and the world's gay community are strong and united. We will not allow evil to prevail," Poma said.

Other cities such as London and Milan, Italy, took to the streets Saturday in brightly colored outfits to mark the event.