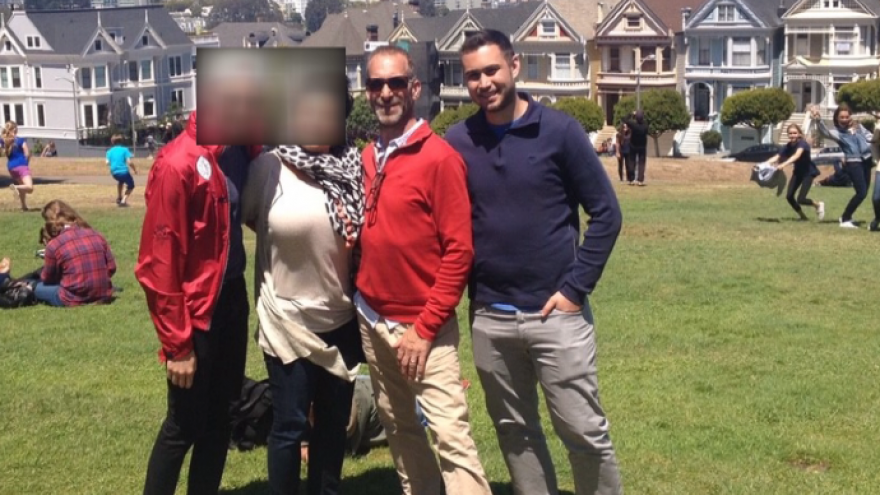 The family of two victims who died in the Price County plane crash are mourning the loss of Thomas and Kyle Demauro. Here's a written statement from the DeMauro family:

The DeMauro family would like to express our gratitude for the outpouring of support after the traffic loss of Tom and Kyle. We would also like to express our heartfelt condolences to the other families affected by this tragedy. Tom was our beloved son, husband, father, brother, uncle, friend, teacher and coach. Kyle was our dear son, brother, grandson, nephew and friend; a compassionate young man who had a promising future. We deeply mourn their loss and both will be dearly missed. We would especially like to extend our gratitude to the first responders and community of Price County, Wisconsin and our family and friends in Bensenville as we struggle to process this unfortunate loss.

Services for Tom and Kyle have not yet been determined and will be announced.

----
6:00 p.m.
At least two elementary school educators from suburban Bensenville, Illinois are among the victims in a deadly plane crash overnight Saturday, according to our affiliate in Chicago.

The two men are identified on the Tioga Elementary School Facebook page as Chuck Tomlitz, the district maintenance director and Thomas DeMauro, a psychical education teacher.

On the Facebook page, Tioga’s co-principals left a message that said, in part, “Mr. DeMauro and Mr. Tomlitz will be missed by all the Tioga Community.”

Early Saturday morning, the sheriff's office received a call from the Air Marine Operations Center that an aircraft dropped altitude quickly and radio contact was lost. The sheriff's office said the plane had left from Chicago and was heading to Canada on a fishing trip.

National Transportation Safety Board investigators said there was a discussion between the pilot of the plane and air traffic controllers about "local weather phenomenon." At about 1:53 a.m., the aircraft dropped off radar.

Wreckage from the plane was found in the area of State Highway 111 and U.S. Highway 8 in the Township of Harmony.

Several departments responded to help with the scene. But a surprising amount of help has also come from around the community. Schmidt said crews turned to someone from the Price County airport who owned a private helicopter. Crews were then able to view the plane wreckage from above.

"We're fortunate to have someone with a helicopter, and we were able to locate the compartment of a fuselage and the passenger compartment of an airplane," Sheriff Schmidt explained.

And while some assistance may have come in the form of an aircraft, other kinds of help came in a different form. Sandy Jensen owns Happy Daze bar and restaurant in the Village of Kennan, just outside of where crews are trying to figure out what happened in the crash. She said when some firefighters called her restaurant for help, she knew just what to do.

"Made up 35 burgers, cheeseburgers, and fresh cheese curds we sent over, and some parade candy, because it's the Fourth of July," Jensen explained.

"They went above and beyond," Schmidt added.

Jensen said she was simply doing the right thing.

"It's just what people should do," Jensen explained. "That's what the world's all about is people helping people. When people have hard times, we've been in hard times and our community has helped us, and it's just the right thing to do."

The Federal Aviation Administration and National Transportation Safety Board are assisting with the investigation. Right now, they don't know what caused the crash, as the investigation is in the 'fact-finding' stage. The NTSB will be inspecting the wreckage as it lays in the field Sunday and likely Monday.

The plane was a Cessna 421 and investigators said the pilot was certified to fly it.

The NTSB is asking that if you heard anything or have come across any wreckage that you give them a call.

Stay tuned to NewsChannel 7 and wsaw.com for more information as it becomes available.