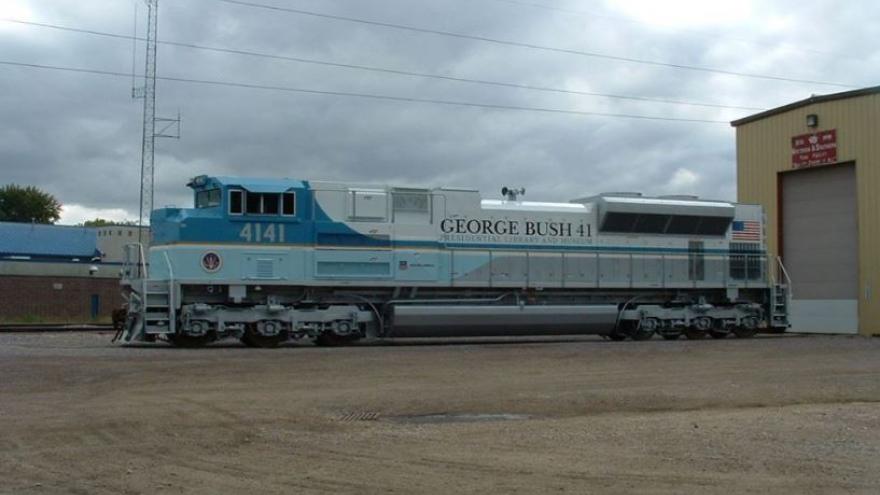 WISCONSIN (CBS 58) -- The train that President George H.W. Bush traveled on to go to his final resting place was painted in Wisconsin.

The train is operated by Watco Companies which operates the railroad in the southern half of Wisconsin. It is Wisconsin's second largest railroad.

The train, UP 4141, was painted in 2005 in the company's Horicon paint shop. It was painted to mimic the colors of Air Force One.

The train was escorted to the George H.W.'s Presidential Library in College Station.