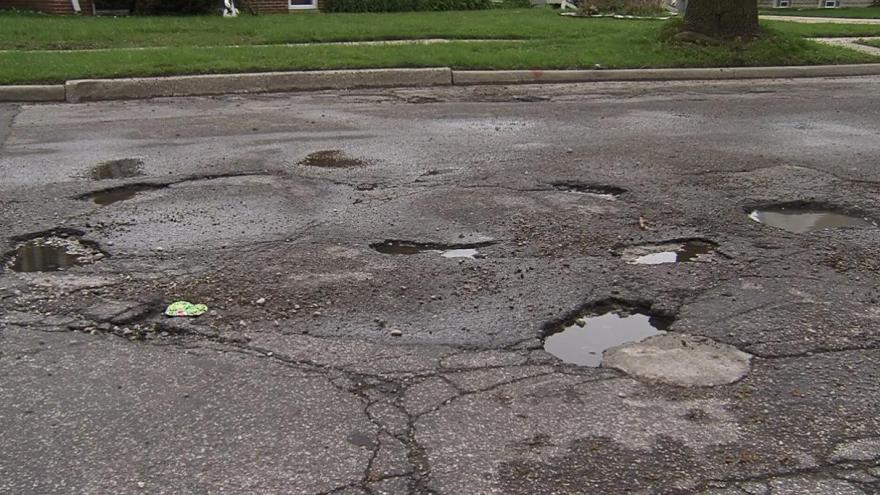 \"Like my constituents, I have been doing my best to dodge the vast minefields of potholes that are pocking Milwaukee’s streets this spring,\" said the Alderman. Whether in the 7th Aldermanic District, near downtown, or in every neighborhood across the city, our pothole problem seems to be worse than ever.\"

Rainey wants to know why if the city can organized each spring a Clean and Green campaign to allow residents to get rid of unwanted items and such, why can't there be the same efficiency in addressing potholes.

\"I would like the Department of Public Works to consider a 'Rapid Response Team' each spring to help fill potholes. Some of the potholes are so large they pose a danger to motorists and vehicles, and with people driving faster and at times with less care, it makes for a dangerous situation for all on the road.\"

Rainey said it hurts the image of the city, that visitors are sure to remember the potholes just because of the sheer numbers out there currently.

To report potholes in your neighborhood call (414) 286-CITY.