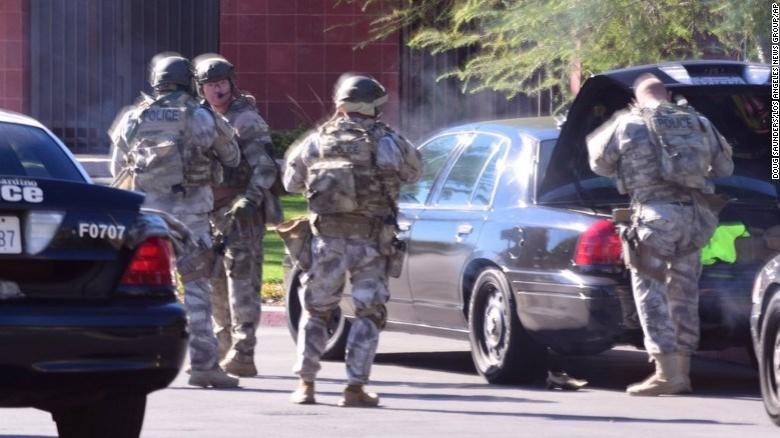 SAN BERNARDINO (CBSLA.com) — Syed Farook was named as a possible suspect in connection with the San Bernardino mass shooting.

Late Wednesday, officers located what appeared to be the suspects’ vehicle, described as a black SUV. During a confrontation, shots were exchanged between the suspects and the officers.

A police official subsequently announced that one male and one female suspect were dead. Authorities said a third person was detained after running from the scene of the shootout.

CBS Los Angeles has tied Farook to an address in Redlands where authorities were executing a search warrant late Wednesday.