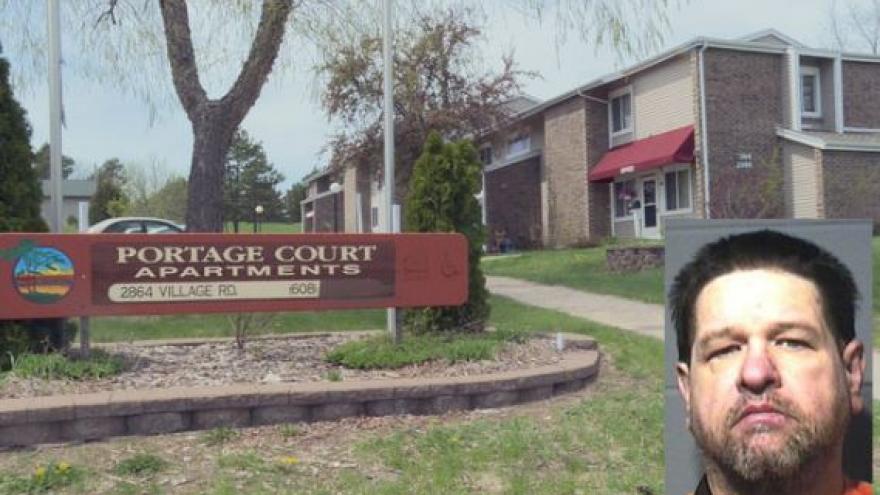 PORTAGE, Wis. (WISC) -- A man who is accused of shooting and killing his neighbor inside their apartment building last week was charged in Columbia County court Monday.

Calvin C. Eldridge, 49, of Portage, was charged with second-degree reckless homicide in the death of Victor B. Reynolds at the apartment building where both men were living.

According to the criminal complaint, Reynolds was found shot and bloody in the doorway to his apartment and told police that Calvin had shot him.

Eldridge told police that while he was struggling with Reynolds, Reynolds had him in a headlock and he thought Reynolds was reaching for Eldridge's gun, so Eldridge grabbed it. He said he pistol-whipped Reynolds in the head about five times. He told police he then shot Reynolds to get him off of him.

Eldridge was inside his apartment after the shooting and called authorities to surrender to police, the complaint said.

Eldridge told a detective the day of the shooting that "his behavior of shooting his gun inside the apartment building was reckless," the complaint said.

An ambulance took Reynolds to the hospital, then he was taken by medical helicopter to UW Hospital. Reynolds was pronounced dead about 10 hours after he was shot.

The medical examiner said the injury to Reynolds' leg was a contact gunshot wound that also caused a muzzle stamp and powder burns to his leg.