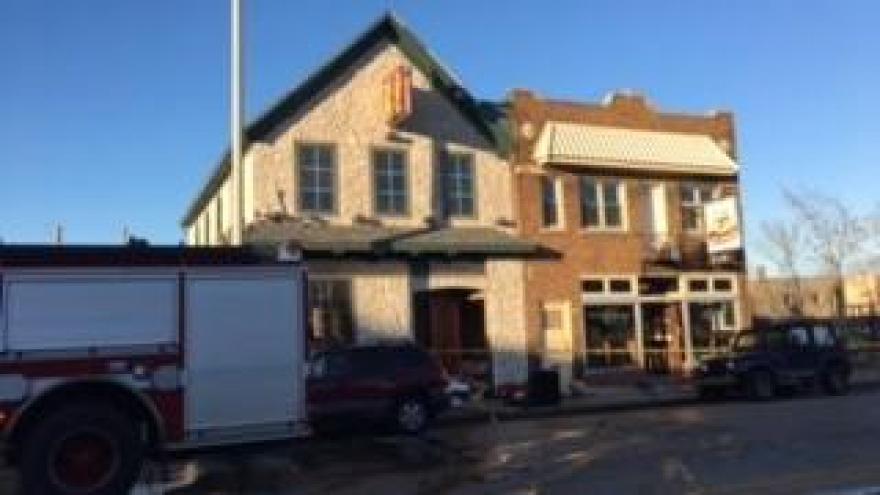 For the second time in under four months fire hits a popular barbecue restaurant in Milwaukee.

The kitchen at "Ashley's Que" on 2nd and National caught fire this afternoon, right as the family was rebuilding their first restaurant that burned down.

The back of the building on 2nd and National is pretty heavily damaged but firefighters were able to get the fire under control, contain it to that spot, and put the whole fire out in about an hour.

The actual front of the restaurant was left pretty much in tact.

Milwaukee firefighters tell us this is still close to 100 thousand dollars worth of damage which is a lot for a family forced to close both of their restaurants in under 4 months.

The cooks at Ashley Que barely got out as fire moved through the buildings pipes and smoke filled up the restaurant's kitchen.

"We were all just working and the hood caught on fire. We tried to put it out it was getting worse and worse. I tried to save the building but I couldn't it was just too much," says

The owners say this building on 2nd and National is how they've been staying afloat but that their workers did the right thing.

"People love our barbecue we have been voted number one barbecue on several occasions so for this to happen its like taking part of the community away. For this to happen we are just really overwhelmed," says Jessie Goodwin who tells us her family was relying on the business from 2nd and National to rebuild the original Ashley's on Center street that burned down in November 2016.

Both happened the same way - a grease fire in the kitchen. No injuries. But lots of damage.

"We cook with a pit, coal, wood everything else. You work at a barbecue restaurant things are bound to happen," says Jessie Goodwin

That pit is a risk Goodwin says her grandfather took when he started Ashley's nearly 60 years ago, one her dad continued when he took over 10 years ago and one they'll most likely take when the two restaurants re-open.

"We are willing to take that risk to make sure  Milwaukee continues to have great barbecue. It's a family business and family is supposed to stick together and that's what we plan on doing right now," says Goodwin.

Now before this fire happened today the owners  planned to re - open the Center street location up in may of this year.

Now - they're not sure when they'll be back open again.

When I asked The restaurant owners daughter why her father, the owner, didn't  come down to the scene she said he couldn't and bare seeing another one of his businesses burned down.