Pope Wraps up Day One in Philly with Concert 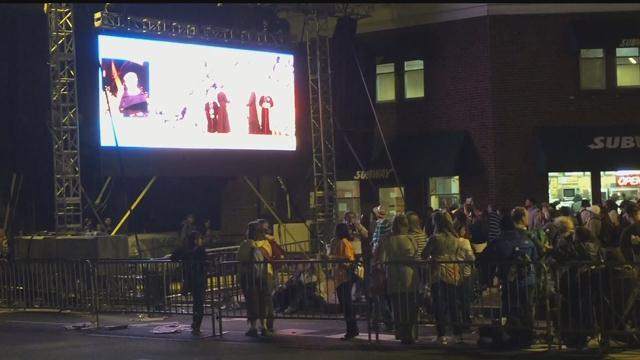 Day one of the Pope in Philly is in the books and it was a special one for so many hundreds of thousands of people in the city.

Saturday night the pope was at a concert performed just for him and CBS 58 was alongside thousands of excited people as they made their way into that concert.

CBS 58 reporter David Ade had to spend more than an hour going through security checkpoints along with the hundreds of thousands of other people Saturday night.

But once inside, attendees were treated to international music superstars performing for Pope Francis.

Our crew was actually able to get these glimpses of the pope from back in the middle of the crowd Saturday night.

Later, the crowd was surprised as Pope Francis took the microphone and addressed the crowd giving a prayer.

Pope Francis actually drove through the center of campus two separate times and Tyler McCoy and Dan Barrett sent CBS 58 these pictures where you can see the pope leaning out of the car and waving to the crowd as he passes by.

Tens of thousands if not one million people plus are expected to attend mass.

We will bring you that report Sunday afternoon on CBS 58 news.