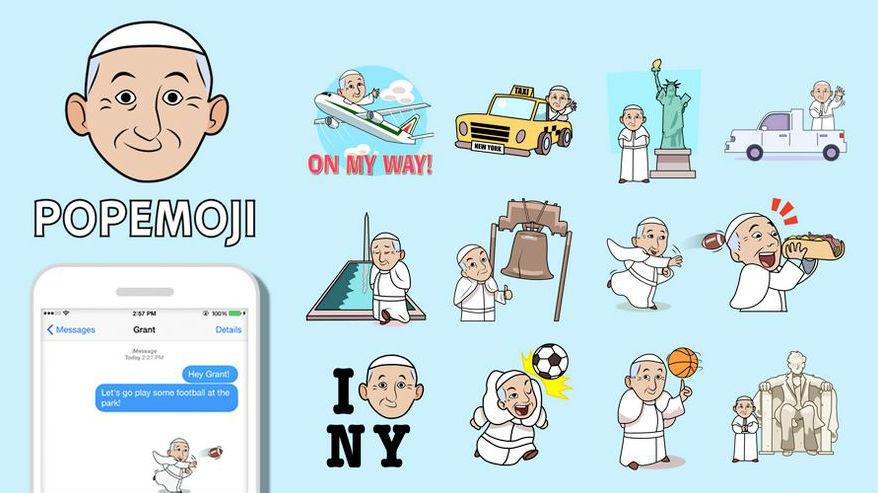 Swyft Media has created a new pope emoji application which can be downloaded for both Apple and Android. The company posted the following on their blog:

Pope Francis is a bit different than the Popes many of us have become accustomed to over the years. In his somewhat short tenure, he’s done things like grace the cover of Rolling Stone, become the first pope to have his own Twitter account, and openly take selfies with his followers.

And today there is another first we’re really excited to announce that we’re a part of: he’s the first pope to have his own emoji. Swyft was chosen to create the Popemoji keyboard, as part of the #GoodIsWinning initiative led by Aleteia.org. And you can download it now!

The free Popemoji keyboard has 52 emoji and 14 GIFs, which include Pope Francis doing things like riding in a NYC taxi, heading a soccer ball, taking selfies and visiting the Liberty Bell, Washington Monument and United Nations. Available for free in the Apple iTunes and Google Play stores, the popemoji are designed to spread the excitement of the Pope’s visit to the U.S. from September 22-27.

“Emoji are so ingrained in digital and social language, particularly among young people, that it was natural to make them an element of our digital effort to support Pope Francis’ visit to the U.S. Besides, the Pope has a great sense of humor, is totally approachable and dedicated to engaging people where they communicate,” said Kathleen Hessert, founder of Sports Media Challenge, which is overseeing the digital aspect of Aleteia.org’s effort.

If you happen to be in NYC today, you may even get a chance to get a Pope on a Stick.