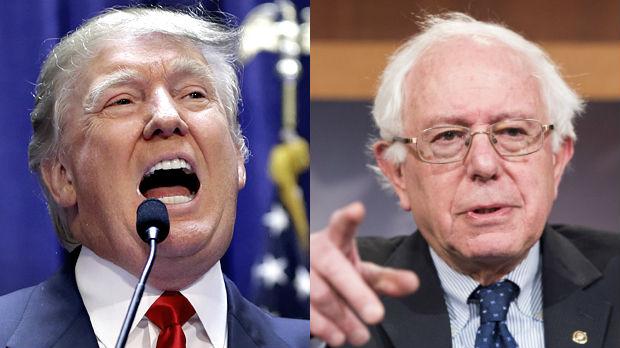 A Quinnipiac University poll released Thursday shows that in a hypothetical general election match-up, Sanders tops Trump 44% to 39%. The data point shows that although Trump is leading the GOP pack now, he could prove to be a disaster for Republicans in a broader presidential contest next year.

Trump also trails Democratic Party frontrunner Hillary Clinton by a margin of 12 percentage points in the poll and to Vice President Joe Biden by 13 percentage points should he join the race and win the party nomination. In contrast, the survey found that former Florida Gov. Jeb Bush and Wisconsin Gov. Scott Walker to be in a tight race with Clinton.

The poll's results mirror findings in a CNN/ORC poll conducted last week showing that Clinton would defeat Trump 56% to 40% and Sanders would top Trump 59% to 38% among registered voters.

The top 10 polling Republican presidential candidates will face off in their first debate next Thursday in Cleveland, Ohio.