Police seek suspects in abduction of juvenile near 27th and Euclid 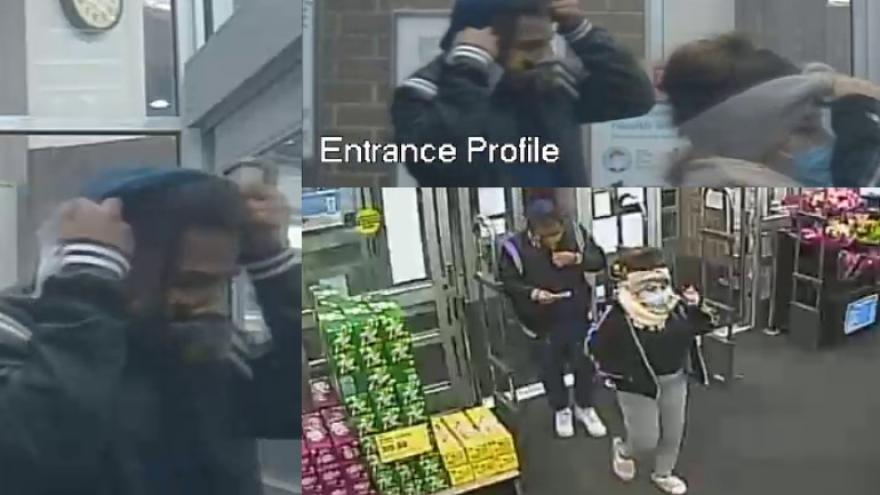 MILWAUKEE (CBS 58) -- Milwaukee police are requesting the public's assistance in identifying and locating suspects wanted in an abduction that occurred on Monday, Oct. 19.

Officials say two suspects abducted a juvenile victim at gunpoint and demanded money around 7 p.m. near 27th and Euclid.

The victim was eventually released unharmed.

Suspect #1 is described as a Hispanic female, 22-27 years of age, 5’04”, 170 pounds and had a light complexion. She was last seen wearing a dark zip-up sweater, gray pants and a surgical mask.

Suspect #2 is described as an African American male, 22-27 years of age, 6’, 170 pounds and had dreadlocks. He was last seen wearing a black jacket with blue hooded sweatshirt underneath, dark jogging pants and white shoes. He was armed with a gun.