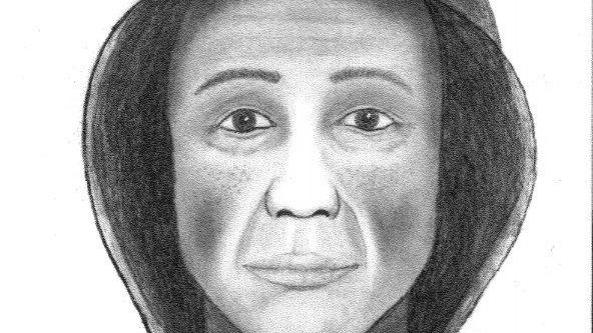 New Berlin police are releasing a sketch of a man they believe to be a strong-arm robber from Thursday, October 15.

The strong-arm robbery occurred at 9:33 PM in the 5800 block of Timber Ridge Court. The male and female resident of the home, along with their adult daughter, returned home from dinner at that time. As they parked in the driveway, the daughter exited the vehicle and was confronted by a male subject who demanded her purse and her mother’s purse, stating he had a gun.

A short struggle ensued and the daughter was punched in the face.  The man was able to obtain the daughter’s purse and jacket before fleeing on foot.

Anyone with information on this case should call the New Berlin Police Department at (262) 782-6640.