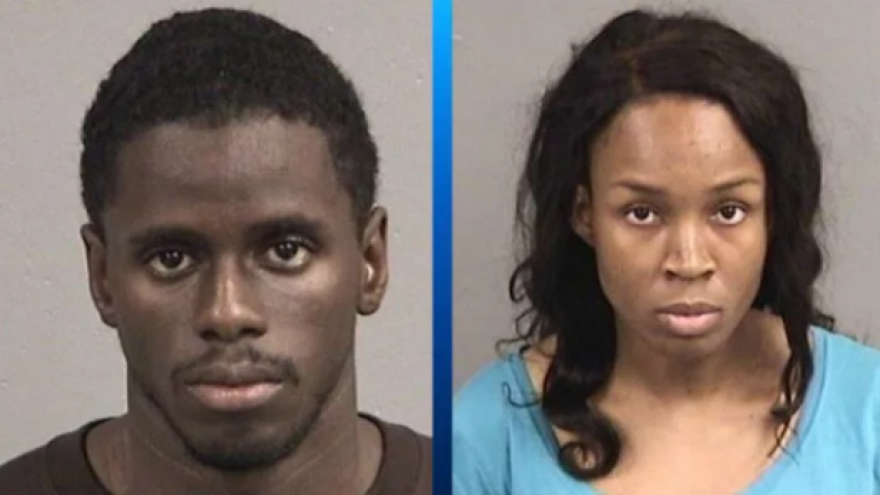 SAN LEANDRO (CBS SF) — A man and woman from Antioch have been arrested on suspicion of conspiracy and attempted murder for a shooting at a McDonald’s restaurant in San Leandro on Monday in which an 11-month-old baby boy was allegedly targeted because of an apparent love triangle, police said Thursday.

Lt. Isaac Benabou said the alleged attack on the infant inside the McDonald’s at 1287 Washington Ave. at the downtown San Leandro Plaza at about 2:30 p.m. on Monday is “very disturbing.”

Benabou said he’s been a police officer for many years and, “I’ve never before investigated a case where the intended murder victim was an infant.”

Benabou said suspects Adanna Ibe and Marcel Brooks were both arrested on Tuesday morning and are expected to be formally charged by the Alameda County District Attorney’s Office and arraigned in Alameda County Superior Court in Hayward later Thursday.

He didn’t provide the exact ages for the two suspects but said Adanna is about 27 and Brooks is about 29.

Benabou said the 11-month-old boy was with his mother at a booth at the McDonald’s when Ibe allegedly walked up to within one foot of them and fired a single shot at the boy but missed.

No one was injured in the shooting and Ibe then fled in a vehicle, according to Benabou.

Investigators determined that Brooks is the boy’s father and was supposed to meet the boy’s mother at the McDonald’s on Monday, Benabou said.

However, Brooks never entered the restaurant, although police believe he may have been waiting nearby outside while Ibe allegedly approached and fired at the toddler, Benabou said.

Brooks and Ibe are the parents of a 5-year-old child who was placed with other relatives after they were arrested, according to Benabou.

Investigators found Brooks at a location outside San Leandro late Monday night and arrested him at about 8 a.m. on Tuesday, Benabou said. Ibe was with Brooks and also was arrested at that time, he said.

Detectives believe that the shooting on Monday may not be the first time that Brooks and Ibe tried to harm the baby and are continuing to investigate the pair, according to Benabou.

Police would not talk about a motive, only saying that it stems from a history between Brooks and the baby’s mother.

There were about 20 to 30 people inside the McDonald’s restaurant when the shooting occurred, he said.

The fact that the shot missed the boy even though it was fired at close range “is a miracle,” Benabou said.

He didn’t disclose where the boy and his mother live, only saying that they live in the Bay Area and are now safe.

Brook’s family members were visibly upset outside the Hayward courtroom. They denied that he could have anything to do with this.

“He’s never ever been in any kind of trouble like this,” said Brook’s aunt Nina Clark.

© Copyright 2017 by CBS San Francisco and Bay City News Service. All rights reserved. This material may not be published, broadcast, rewritten or redistributed.