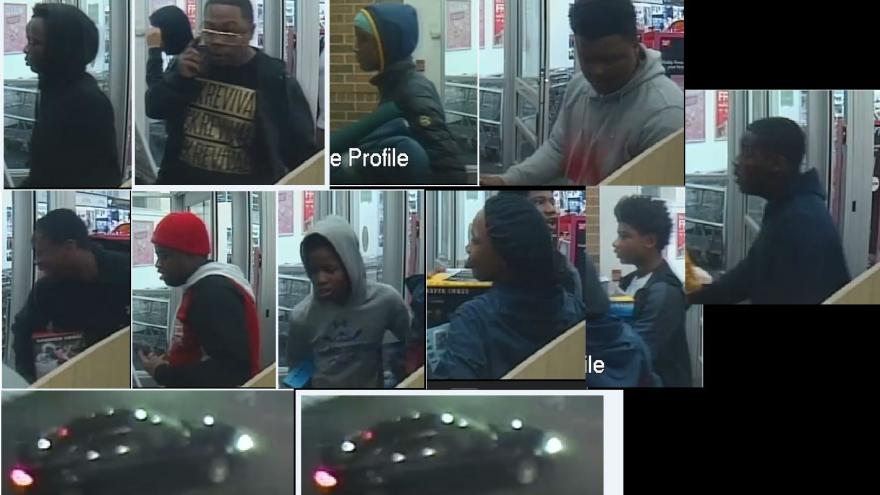 BROOKFIELD, Wis. (CBS 58) -- City of Brookfield Police are reporting that a snatch and grab theft happened at the Walgreens on Greenfield avenue at 8:45 p.m. on Christmas Eve.

Eleven suspects used to carts to load up stuff and then leave the store.

Two cars loaded the merchandise and then fled the scene. The cars are described as an early 2000s blue over grey Chevy Tahoe and mid-2000s Audi.

The suspects are described as nine black men and two black woman ranging from 16 to 30-years-old.