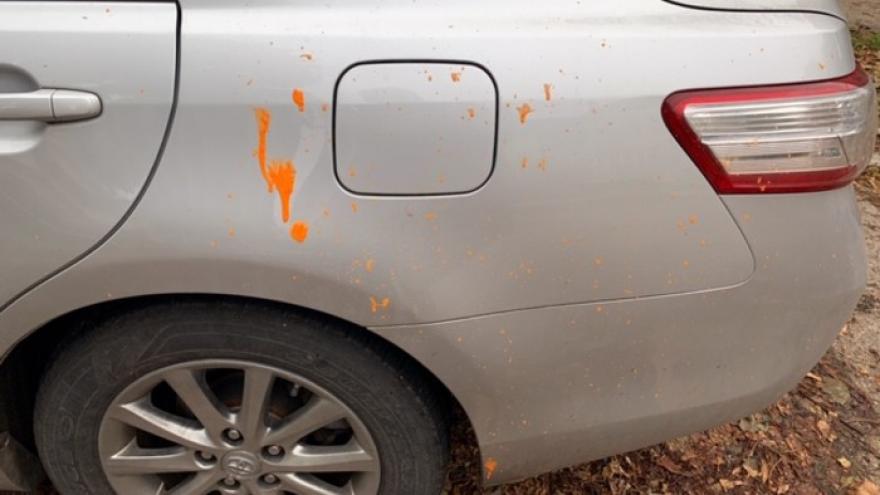 MILWAUKEE (CBS 58) -- Milwaukee police were called to the Riverwest neighborhood Tuesday, Nov. 19 after a number of people were shot by paintballs.

Witnesses say the suspects drove around the neighborhood and aimed at people outside.

Brett Bennett says he was raking leaves on Meinecke and Pierce Avenue when all of a sudden he felt pressure on his leg. When he reached back, he felt paint.

The orange paintball left a mark -- his leg is now swollen and bruised.

"I had originally gotten hit by one, and then a minute or two they came back around again and aimed for me again," Bennett said.

Pictures of a light colored sedan were taken Tuesday afternoon by a driver in the neighborhood. The car was driving down Holton towards Center and you can see a man holding a paintbull gun out the window.

"I think we need the community's help from each other, I mean we all got together on this because of Facebook and the Riverwest page, so we just need to watch each other's backs," Bennett said.

Kat Matisse was walking her dog on Pierce when all of a sudden she heard popping noises.

"I heard the car make kind of like a loud popping sound. I thought something was just wrong with the car, and then the man across the street looks at me -- he says that car just shot at me."

Matisse captured pictures of the car on Pierce street, also with orange paint splattered on it from the paintballs.

"You're hurting people for no reason," added Bennett. "So it's just stupid."

Milwaukee police say this incident is still under investigation.