Police: Death of Muslim girl not believed to be hate crime 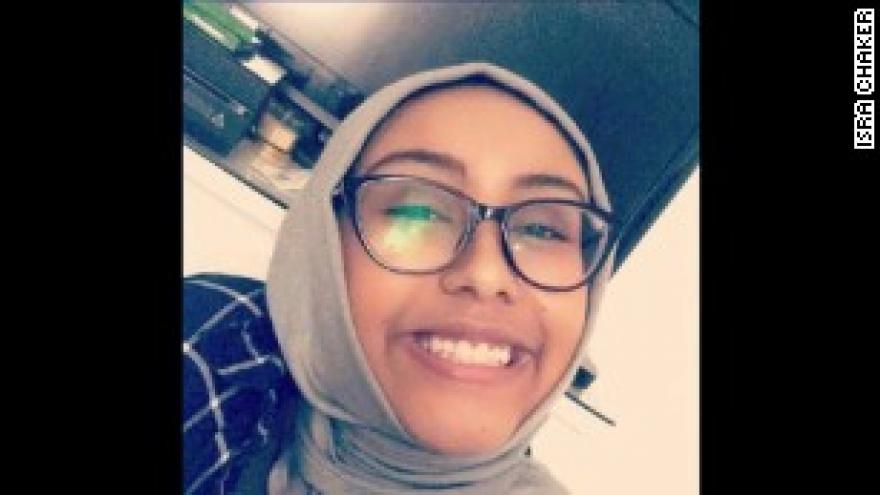 (CNN)Police in northern Virginia say a man fatally beat a Muslim teenager with a bat during a weekend road-rage incident.

But there's no evidence the death of Nabra Hassanen, 17, who was attacked early Sunday as she and a group of teenagers walked back to a mosque, was a hate crime, authorities in Fairfax County said. Police said they could file appropriate charges if they later find the crime was motivated by hate.

The Reston teenager's father said he believes Nabra was killed because she was wearing an abaya, a traditional black cloak.

Police say Darwin Martinez Torres, of Sterling saw the group walking and riding bicycles in the street and on the sidewalk. Torres became so enraged after arguing with one teen he drove up on a curb, police said. He later found the group in a nearby parking lot, chased them on foot with a baseball bat and allegedly beat Nabra.

Torres, 22, put the injured teen in his car, officials said. Her body was found Sunday evening in Loudoun County.

"There is nothing at this point to indicate that this tragic case was a hate crime," said Julie Parker, a spokeswoman for the Fairfax County Police Department.

Nabra died from blunt-force trauma to the head and neck, the Office of the Chief Medical Examiner of Northern Virginia said.

Less than two hours after the incident, Fairfax County police arrested Torres in a traffic stop after an officer noticed what he believed to be the car involved in the incident, police said.

Torres has been charged with murder. He is being held without bond. It wasn't immediately clear whether he had an attorney.
Authorities said they believe Torres acted alone.

Immigration officials have asked a Fairfax detention center to put a hold on Torres, a native of El Salvador. The hold, known as a detainer, is issued to keep suspected deportable immigrants for an additional 48 hours beyond what they could otherwise be released.

Police and Nabra's family said the group of friends had left the All Dulles Area Muslim Society (ADAMS) Center after midnight prayers, heading to a McDonald's before the next fast began. The mosque holds prayers throughout the night during the observance of Ramadan, said Tajul Islam, a receptionist at the ADAMS Center.

Police said there is no indication of any racial or ethnic slurs were exchanged between Torres and the group when they encountered each other.

Police did not reveal the details of the argument between the teen on the bicycle and Torres.
"His anger over that earlier encounter then led to violence when he hit Nabra with a baseball bat," Parker said of the beating.