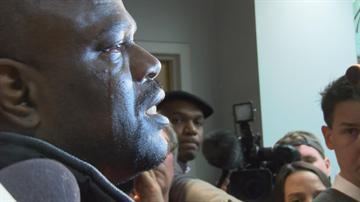 FOND DU LAC -- Timothy Nance's friends and family refused to believe he was dead until police found a body.  Tuesday we learned they did, but those friends say Nance won't soon be forgotten.

Fond du Lac Police and the District Attorney's office made the announcement Tuesday that Nance had been murdered.

\"Detectives with the City of Fond du Lac Police Department received information from Eve Nance indicating that she had been involved in an altercation with her husband at their 10th Street home, that a gun had been fired and that it resulted in the death of Mr. Nance,\" Fond du Lac Police Chief Bill Lamb said.

Eve Nance told detectives she had shot Timothy in the chest, realized he was dead, wrapped him in plastic and drove his body to Milwaukee.

Police say she dumped it in a wooded area off 101st Street on the city's northwest side and threw away Timothy's cell phone and clothes elsewhere.  She says she got rid of the gun somewhere on Highway 41.  Police found Nance's body November 27th.

\"The autopsy has revealed that Mr. Nance died as a result of two gunshot wounds to the head,\" Lamb said.

\"People need to understand that you can't just take a life,\" Timothy's friend Rodney Emerson said.  \"You know, all it is about is moving on now.\"

The criminal complaint says Eve fought with Timothy about his extramarital affairs in the past, having pulled a gun on him three times.  It says Nance had planned to leave his wife.  Emerson cant forgive eve for what she's accused of.

Because she'll be where she's supposed to be and she's got the rest of her life to think about what she did.\"