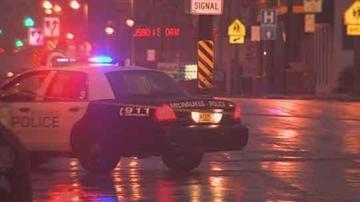 Police are investigating a shooting that happened on the street near 47th & Lisbon just after 3:00pm on Saturday.

Police heard gunshots and shortly after found a 19-year-old male victim. The man suffered a single gunshot wound to his left leg and is being treated at a local hospital.

Police stopped a car and recovered a gun. Several people were taken into custody as possible suspects, but police have not yet confirmed this information.