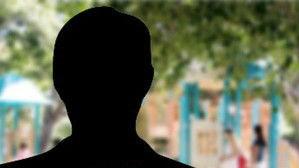 On Monday, April 18, the Pleasant Prairie Village Board approved an ordinance repealing and recreating Chapter 287 of the municipal code related to sex offenders. The recreated ordinance increases the distance a sexual offender must live from a protected property from 2,000 to 3,000 feet, defines that an offender placed in the Village of Pleasant Prairie must have been a resident of the Village at the time of their offense, and outlines that one offender may not live within 500 feet of another offender.

The recreated ordinance also adds a layer of responsibility for monitoring when an offender is placed in, or removed from, a residence in the Village. In addition to the Department of Corrections and the police department sharing this responsibility, property owners and/or landlords will now be responsible for notifying the Chief of Police when an offender leases or rents a domicile in the Village.

Pleasant Prairie’s recreated, more stringent sex offender ordinance applies to lower level (Levels 1 and 2) sexual offenders who have not been classified as sexually violent. The placement of the most sexually violent (Level 3) offenders is covered by 2015 Wisconsin Act 156, which is a new, less restrictive, State law allowing the most violent offenders to be placed 1,500 feet closer to protected locations than the new Village Ordinance. \\