Playoff Contenders: Milwaukee Admirals on The Way to Reaching Their Goal 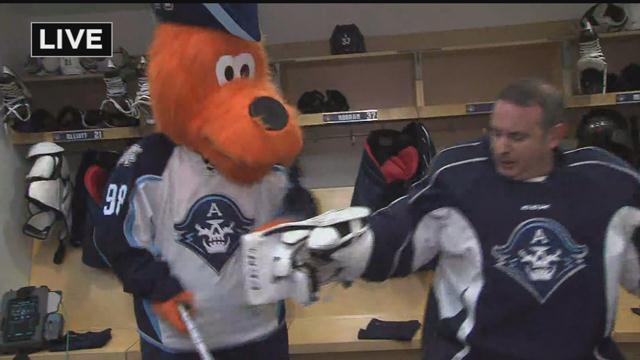 The Milwaukee Admirals have been in the playoffs for 12 of the last 13 seasons, and it looks like the professional hockey team is on the way to reaching its goal once again. They're third in the conference and second in their division.

That's why CBS58's Michael Schlesinger thought it would be a great opportunity to try out being a goalie.  And if that wasn't enough, he also became a human hockey puck, being slingshotted from one end of the rink to another.

The U-W Badger Band will perform at the game Friday evening, starting at 7 pm against Chicago. Click on the attached link for more information about ticket prices and the Admiral's schedule.