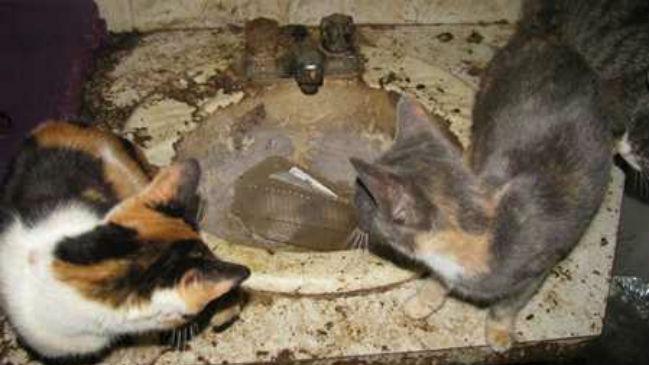 Authorities removed several cats from the home of a Campbellsport woman who police found collapsed on a broken sofa.

We're told police were called to check on Bobbie Bruflat who had missed several medical appointments. \"Officers pounded on the door and heard a woman shouting for help,\" said Rick Olig, Sheriff's Capt. of Operations. \"They said the strong stench of cat urine was overwhelming. What they saw made them physically sick.\"

Police believe Bruflat collapsed and was found on a broken sofa surrounded by garbage for several days.