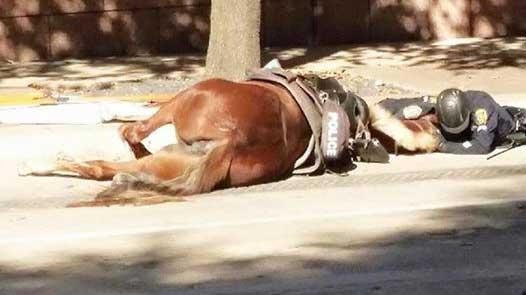 A Houston Police Officer’s horse was spooked and bucked the rider off and ran into the street where it was unfortunately hit by a truck on December 3, according to a post by Animal Justice League.

“The amazing part of this tragic story is what its rider did while she lay in the street. This is the pic of the officer laying with her while she took her last breath,” posted the Animal Justice League.