Philly Prepares for The Pope 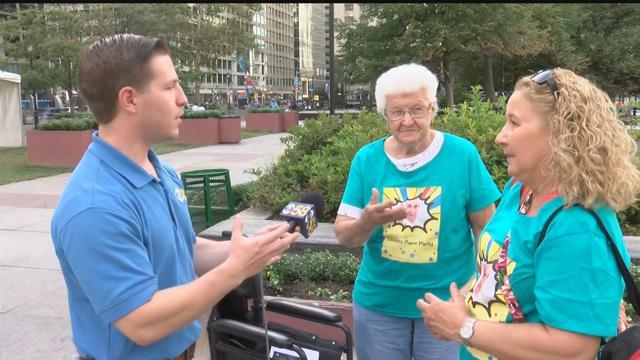 There’s still quite a bit of work to be done in Philadelphia before the Pope arrives on Saturday.

Most of the work revolves around shutting down streets, major highways, and bridges.

People are being told by authorities that driving will not be a viable option. Also, security checkpoints will be set up.

Only people with passes will be allowed in the immediate areas where the Pope will make his public appearances. Anybody without passes will need to rely on large video screens to catch a glimpse.

We talked to some Philly natives to get their take on the pope's visit, "there are a million people will be coming to Philadelphia this week and they will all be lining the streets. Everything is going to be closed and it's a bit surreal to be a native Philadelpian and to see all of this happening," says Michael Ward.

"The city really has heart and we're just ready for a party,” says Laurie Giangreco

Somewhere between 500,000 and one million people are expected to pack into downtown Philly by Sunday night when Pope Francis will lead mass.