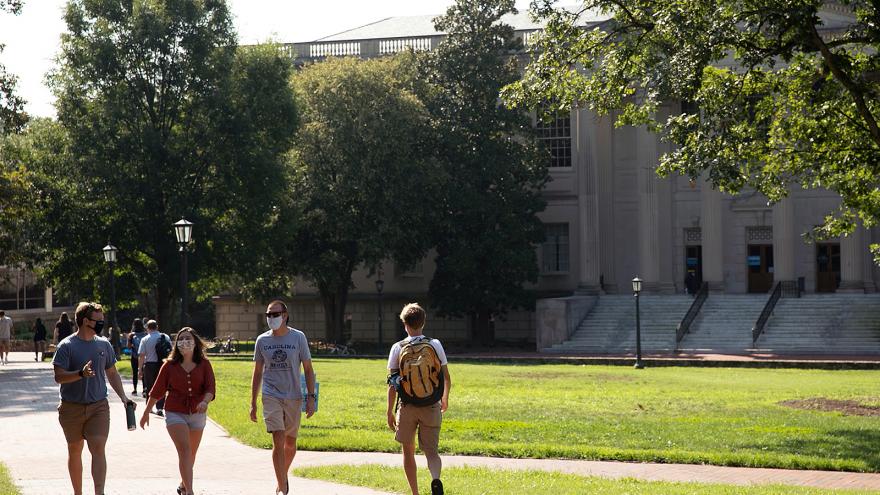 (CNN) -- Pfizer and BioNTech said Monday they have submitted initial data to the US Food and Drug Administration to support the use of a booster dose of Covid-19 vaccine.

"This initial data indicate that we may preserve and even exceed the high levels of protection against the wild-type virus and relevant variants using a third dose of our vaccine," added Dr. Ugur Sahin, CEO and Co-founder of BioNTech. "A booster vaccine could help reduce infection and disease rates in people who have previously been vaccinated and better control the spread of virus variants during the coming season."

The data on booster shots comes as Covid-19 cases and hospitalizations have surged in recent weeks, particularly among unvaccinated people in the South. Pfizer executives say they believe a booster dose will be needed soon, but US health officials say they have seen no indication one is needed yet.

Last week, the FDA and US Centers for Disease Control and Prevention authorized and recommended a third dose of vaccine for some immunocompromised people who likely had little or no response to the first two shots.

Still, health officials have focused on convincing unvaccinated people to get protected. As of Monday, 50.7% of the total US population was fully vaccinated, including 59.3% of those eligible, according to data from the US Centers for Disease Control and Prevention.

On Sunday, the surgeon general said many of those who have followed precautions may soon grow complacent due to fatigue.

"I do think that many of those who did make that right decision to get vaccinated, are thinking, 'Gosh, I did the right thing but here we are, still in the middle of this pandemic 18 months later,'" Surgeon General Dr. Vivek Murthy told CNN's Brian Stelter.

Murthy is especially worried about parents who have been working hard to protect their children as the nation grapples with the pandemic. That fear is especially pressing as more children are being hospitalized with the virus, like Kyle Butrum's one-year-old son, Carter, in Arkansas.

In an email to CNN Sunday, a spokesperson for DeSantis reiterated the governor's position that his ban on school mask mandates is about empowering parents to make the best choice for their child and family.

The Broward County School Board chair criticized DeSantis Sunday over his position on school mask mandates.

"We believe we have a constitutional obligation to protect the lives of our students and staff. And we've received threats from our governor, and it's been really, really dramatic and horrible to be put in this position," Dr. Rosalind Osgood said on CBS' "Face the Nation" Sunday.