WAUWATOSA, Wis. (CBS 58) -- A Wauwatosa company is getting political, and it's gaining national attention. Data from the first week of October shows Penzeys Spices spent thousands on an impeachment Facebook ad. 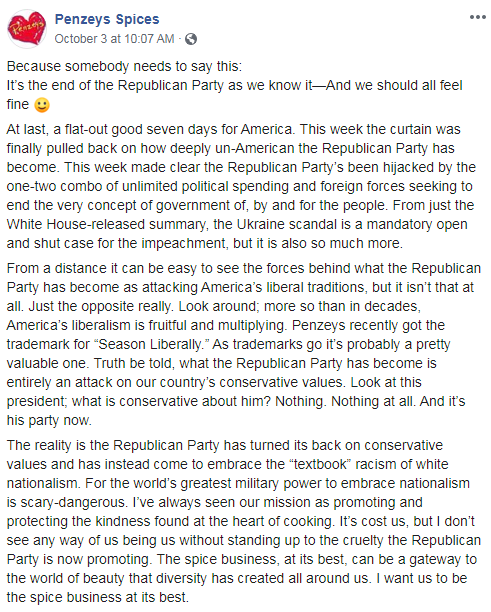 Following the post, the company announced all of its new online sales that Sunday and Monday would pay for more political ads. The political promise worked because the company said they made about $415,000 in just two days. 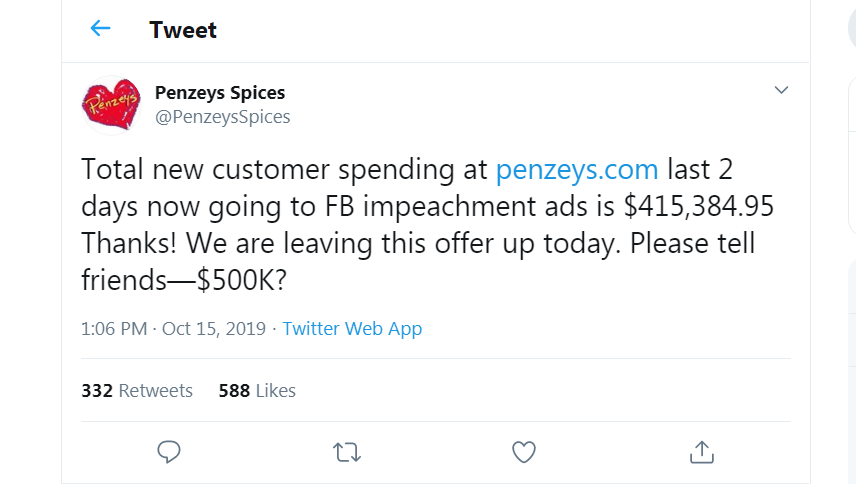 "This could be a case where the stance they're taking is attracting a new group of customers that is happy with their stance, so they might be gaining business," Northwestern Mutual Data Science Institute Professor of Marketing Purush Papatla said.

However, getting political doesn't always work in a company's favor. Some customers canceled their gym accounts with Equinox and SoulCycle after it was reported the chairman of their parent company was holding a fundraiser for President Donald Trump. Nike also faced backlash for supporting former NFL quarterback Colin Kapernick, as videos surfaced online of people burning their shoes. Despite the initial response, Nike's stock soared following the ads.

In Penzeys Spices' case, their post did leave some customers salty, with comments like, "You lost me when mixing partisan politics with food," and "Just lost my business!"

Papatla says while taking a stance can potentially be good for business, it does mean the company is taking a risk.

"It could be risky in maybe closing off future opportunities," he said. "You're potentially alienating those with other views for good."