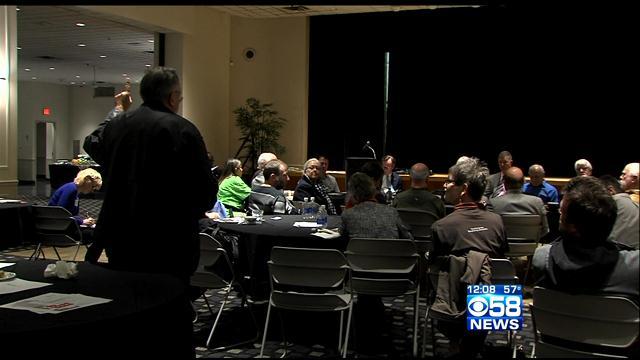 Don't forget our parks.  That was one of the messages delivered Tuesday morning during a listening session hosted by the Milwaukee Cultural and Entertainment Capital Needs Task Force.  The group is exploring options to pay not only for a new downtown arena, but for improvements to the zoo, Marcus Center, and local museums.  It's also considering adding transit and parks to its list of funding needs.  \"I see us here pitting ourselves against each other because of the very fact that our parks have been bleeding for funding for the last 30 years or more\" said Lori Munch with the group Preserve Our Parks.

The co-chair of the task force, Jay Williams says efforts are underway to find an equitable way to support the diverse needs of the greater community. \"The arena is an important need and it's important beyond the Bucks. It's important for the community that we have a world class venue. But the cultural and entertainment aspect that's globally important whether it's the museum, the zoo, some of the private institutions. They're all valuable.\"

The task force recently estimated it could cost taxpayers $34 million each year for 20 years to build a new arena and make improvements to four other cultural institutions in Milwaukee.