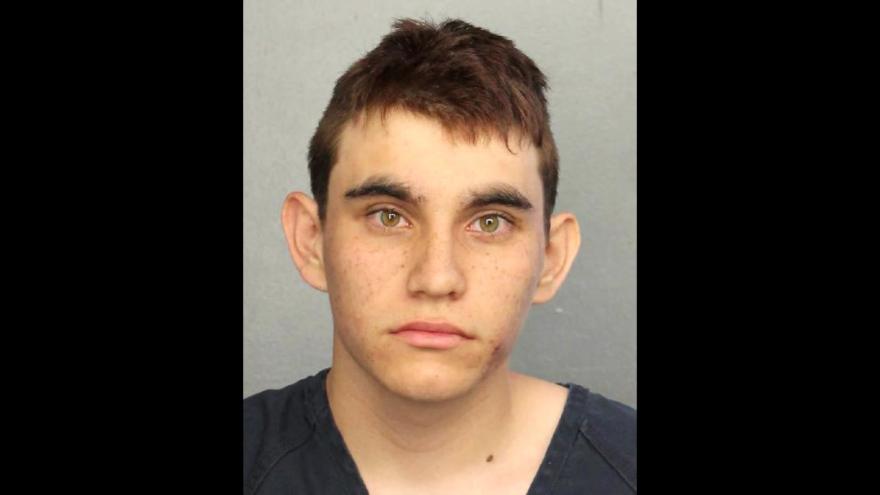 FORT LAUDERDALE, Fla. (AP) — The suspect in the Florida high school shooting that killed 17 is getting letters of support in jail including fan mail and pictures of scantily-clad women in addition to hundreds of dollars in contributions to his commissary account.

Teenage girls, women and men are sending letters and photographs of themselves and Facebook groups have been started to discuss how to help Nikolas Cruz, the South Florida Sun-Sentinel reports.

Cruz is charged in the killings of 17 people at Marjory Stoneman Douglas High School in Parkland, Florida, and is being held in the Broward County Jail. Prosecutors said they are seeking the death penalty.

The newspaper obtained copies of letters, including one from a woman who called Cruz "beautiful" and others with suggestive photos.

Cruz, who is on suicide watch, has not seen any of the letters, which are opened by the jail.

On March 15, a teenager sent a letter from Texas inside an envelope with happy faces and hearts.

"I'm 18-years-old. I'm a senior in high school. When I saw your picture on the television, something attracted me to you," the letter stated. "Your eyes are beautiful and the freckles on your face make you so handsome."

Another letter told Cruz to "Hang in there and keep your head up" and another mailed six days after the shooting said "I reserve the right to care about you, Nikolas!"

In addition, $800 has been deposited into a commissary account which can be used by inmates to buy snacks, radios and personal hygiene products.

"In my 40 years as public defender, I've never seen this many letters to a defendant," Finkelstein said. "Everyone now and then gets a few, but nothing like this."

Finkelstein said they have read a "few religious ones to him" but will not read him any fan letters or share any photographs.

"The letters shake me up because they are written by regular, everyday teenage girls from across the nation," he said.