Parents shot by their toddler charged with child abuse 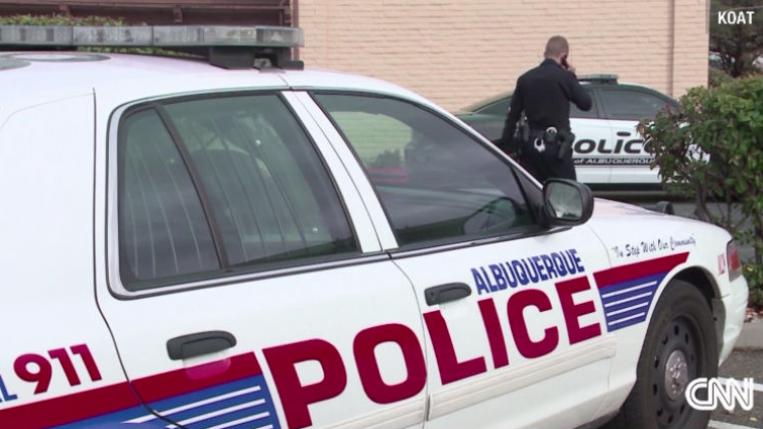 The parents of a toddler have been charged with child abuse after their 3-year-old son shot them both, according to a New Mexico criminal complaint.

The shooting happened last Saturday afternoon at a motel in Albuquerque, New Mexico. The couple wasshot apparentlyy after the child grabbed a .45-caliber handgun from his mother's purse and fired one shot, striking both his father and his pregnant mother.

Both parents were arrested Thursday on a charge of child abuse without great bodily harm, according to a state criminal complaint. The boy and his 2-year-old sister, who also was in the room, were not injured in the incident.

CNN is not identifying the parents to protect the identities of their children.

In the complaint, police say the children, who have not been identified by name, were in the motel room with their parents. The boy jumped up and managed to grab his mother's handbag from on top of a small refrigerator, about 3 feet high. Inside the purse, he discovered a loaded .45-caliber Smith and Wesson semi-automatic firearm, which had been purchased earlier that day.

The toddler fired a single shot, striking both adults, according to the criminal complaint.

The complaint adds that the bullet hit the father \"in the buttock area.\" The projectile then exited through his upper thigh, striking and exiting the mother's upper right arm. The father then reportedly \"immediately disarmed\" the child and placed the gun back inside his mother's purse and on top of the refrigerator.

Both parents were treated and released from a local hospital.

\"It should be noted that [the father] was with [the mother] on this date when she purchased the firearm and ammunition,\" the criminal complaint said. \"[The father] knew the firearm was inside [the mother's] purse.\"

The complaint goes on to say the parents \"acted with a reckless disregard for the safety and or health\" of their children.

\"That's what happens when you don't secure a firearm, and you're unsafe around firearms,\" Albuquerque police officer Simon Drobik told CNN affiliate KOAT. \"Children have easy access to them ... and people got hurt.\"

According to KQRE, federal charges could be filed in the case because the father \"is a convicted felon and not allowed to be around guns.\"

Albuquerque police said the mother is eight months pregnant. The boy and his 2-year-old sister were placed into temporary custody with the Children's, Youth and Families Department.

Both parents were being held Friday at the Bernalillo County Metro Detention Center, according to authorities, with bond set at $15,000 each.