RACINE, Wis. (CBS 58) -- A photo circulating on social media shows a Racine Lutheran High School student making light of the death of George Floyd. The image has sparked new concerns and frustration among parents at the high school who say the administration has done little to address issues surrounding race that came to light in October.

In the photo, someone who is identified as a student is posing with his knee on another person's neck. The caption reads "#GeorgeFloydChallenge," a reference to the manner of Floyd's death. The photo was circulated among students on social media and seen by parents.

"I, like most of the students who were first to see it, was appalled that they would take this tragedy and make light of it," Eloy Contreras, a parent of a student at the high school told CBS 58 in a phone interview.

The image surfaced nearly a month after a photo of students wearing t-shirts with the phrase "Trump's Wall" on them prompted concerns from students and parents of color who called the shirts offensive.

Then more concerning images came to light, including one where the n-word and a swastika were written on a bathroom stall at the school. On top of that, a text conversation surfaced showing a conversation between a staff member at the high school -- who is also a Mount Pleasant Police officer -- and another student. The conversation shows the staff member insinuating retaliation in his capacity as an officer towards a student who brought up concerns about race at the school.

"As a parent we're angry, we're fed up, we're frustrated," Contreras said. He and other parents said the school is not responding to calls to address the issues. 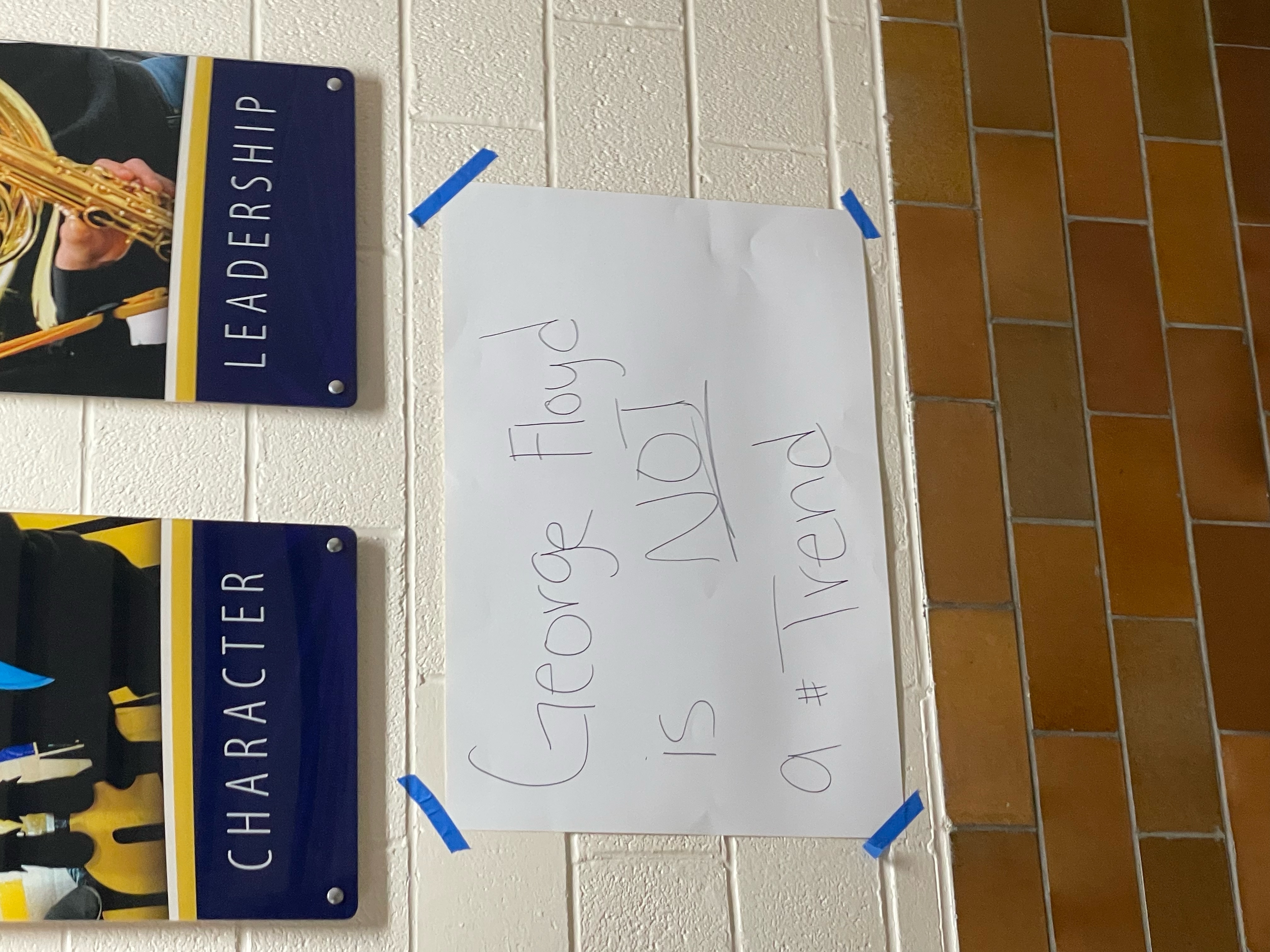 Racine Lutheran Principal David Burgess sent an email to parents saying the student involved in the most recent picture had been disciplined. The school also held assemblies for students and parents about the recent concerns.

But Contreras said his child who attends the school said the assemblies only scratched the surface and did not do enough to address what they say are deeply rooted issues about race at the school.

"I don't think it goes far enough to help respond to what the racial biases our students of color are encountering all the time," Contreras said.

Groups like Forward Latino engaged with the school administration last month to implement best practices and multi-cultural awareness programs. But Forward Latino said they have not seen enough progress.

"Sadly we haven't seen them take any meaningful steps to address what we know is a deep underlying problem," Forward Latino's president Darryl Morin told CBS 58.

Forward Latino reached out to the Missouri Synod's South Wisconsin District, which oversees the school, to request a representative to communicate with them to implement the plan of best practices they and other groups presented last month.

Parents, students and groups like Forward Latino say they plan to keep putting pressure on the school until their concerns are addressed.

"Things must change and everyone should be aware, we're not going anywhere we're going to be here to protect these children," Morin said.

CBS 58 reached out to Racine Lutheran High School and the Missouri Synod's South Wisconsin District for comment but did not hear back.

Contreras added students at the school responded to the most recent picture by putting up a sign in the school that reads, "George Floyd is not a #trend."