CBS 58 was the first to report an incident where students wore T-shirts with the words "Trump's Wall" on them, which offended some students of color.

A coalition of groups led by Forward Latino engaged with school administrators to help address concerns.

But nearly a week later, those groups say they learned about new incidents and information that indicated that administrators were not as forthcoming as expected.

"A number of the statements that we had heard were falsehoods, in an attempt to cover up how long these things have been happening, when they knew what they knew," Forward Latino President Darryl Morin said in a news conference Thursday, Oct. 7.

The new revelations include an uncovered text message conversation that the groups say is of a staff member affiliated with the school and also a law enforcement officer. The groups say the text shows the staff member insinuates they intended to retaliate towards a student who brought concerns about the school.

"I can't wait to catch his a-- in traffic," the text reads, implying the staff member, in their capacity as a police officer, wanted to pull over the student in question.

A source told CBS 58 the staff member in question is an assistant football coach for Racine Lutheran and an officer with the Mount Pleasant Police Department.

"We recently received information from a third party involving the actions of one of our officers affiliated with Racine Lutheran High School. An internal investigation has been initiated to obtain further information regarding this incident."

The groups say they also uncovered a photo that was allegedly taken inside a school bathroom where the n-word and a swastika were written on a door. 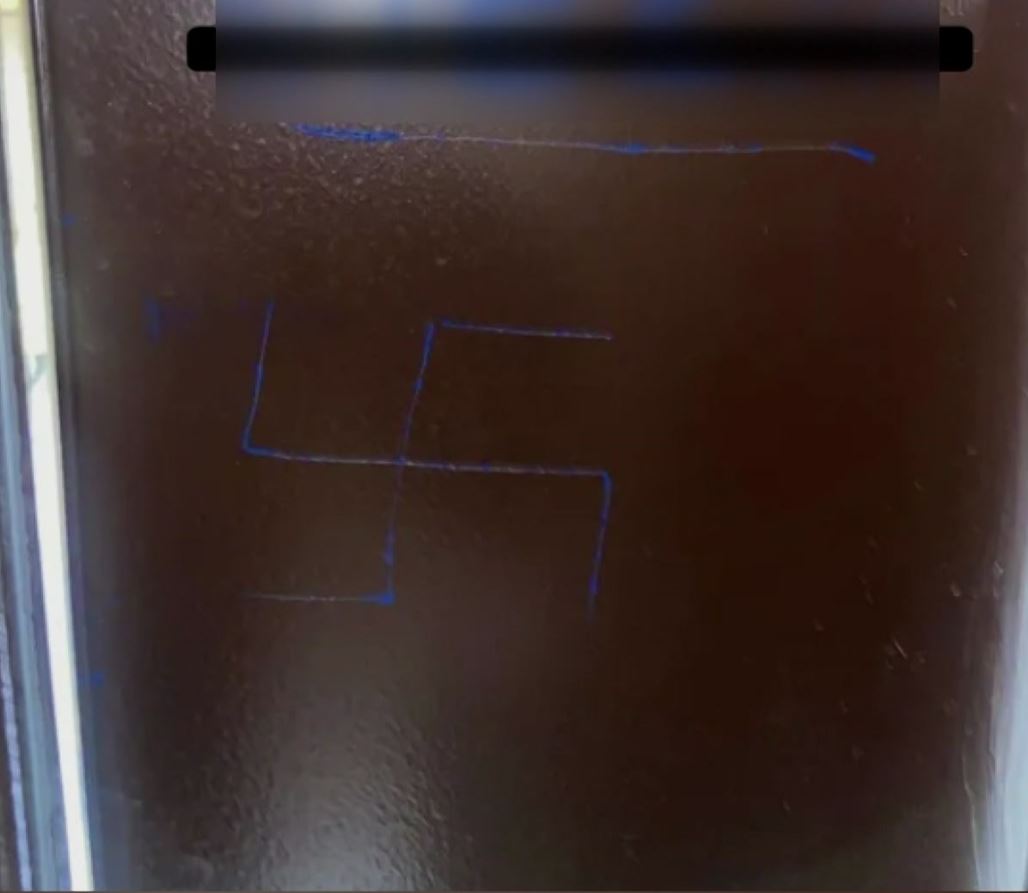 "It's particularly shocking that dignity has been stolen and attacked by individuals at an institution of faith," Morin told reporters.

Racine Lutheran students at the news conference told CBS 58 they do not feel comfortable at their school.

"The culture needs to change," Racine Lutheran senior Serenity Ford said. "We have no one to go to, no one to talk to."

"I know a lot of kids have been going home crying because of everything that's happening at school," Dulce Contreras, also a senior, said in an interview.

The students, along with parents and organizations, made a list of demands of the school, including more diversity among staff and for staff to be more educated around the issues of race and culture.

Racine Lutheran High School did not return requests for comment by CBS 58.

Dr. Chris Cody, the education executive for the South Wisconsin District of the Lutheran Church-Missouri Synod, sent CBS 58 this statement:

There is no place for racism and individual acts of hate in our schools and they cannot be tolerated. Open conversation and dialogue grounded in the love of Christ for the betterment of His church and our community should be welcomed at every opportunity as we strive “to act justly, to love mercy, and to walk humbly with our God” (Micah 6:8)."