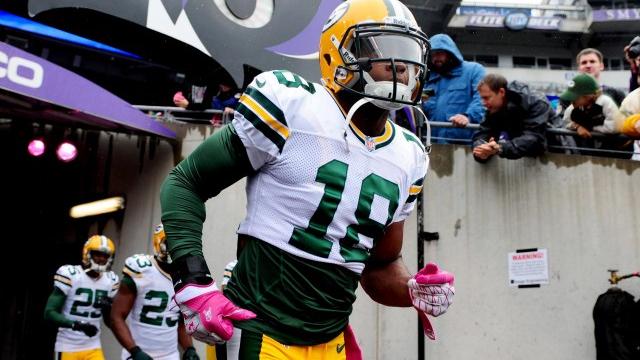 When Randall Cobb departed Kentucky for the NFL in 2011, he left without a degree. But on Sunday, Cobb returned to his alma mater to take part in Kentucky's commencement. Cobb, the Packers' slot receiver, graduated from college.

And no one was happier for Cobb than his quarterback, Aaron Rodgers, who hung around the area after the Kentucky Derby and attended the ceremony.

Though Rodgers apparently didn't pull out the discount double check, he did look like he was celebrating a touchdown. The happiness overload is below:

According to Fox Sports, Cobb won't actually graduate from Kentucky until August, after he completes a couple more classes. When that happens, he'll officially become the first member of his immediate family to graduate from college -- just in time for the upcoming season, too.