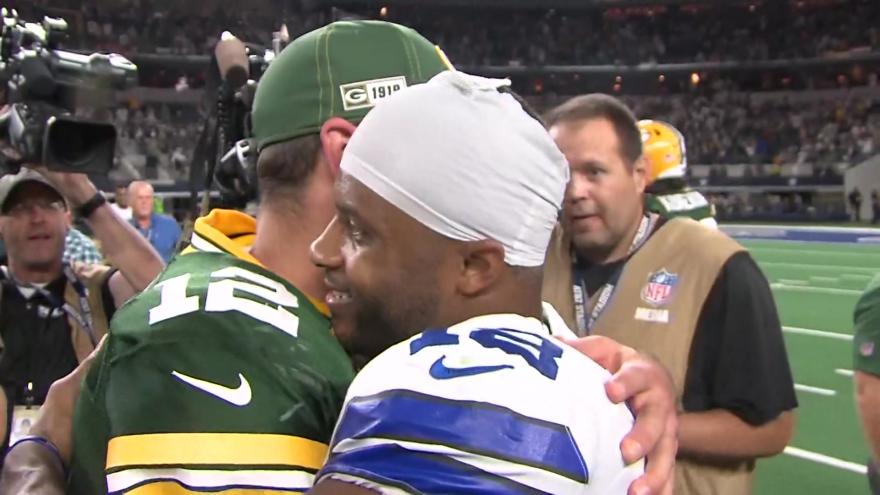 GREEN BAY, Wis. (CBS 58) -- For many, the NFL is a merry-go-round, different players passing through as one of many pit stops during their careers. Then every once in a while you get a player like Randall Cobb.

Despite the jersey, Cobb will always be remembered for his playing days in Green Bay. For the second season in a row, the Packers will lineup opposite an old friend as Cobb is now with the Houston Texans, and doing well creating chemistry with QB Deshaun Watson. The two have hooked up for 17 passes off 21 attempts in the last two weeks, a connection Aaron Rodgers remembers well.

"You know one of the toughest guys I’ve ever played with. Great sense for the game fantastic athlete can do so many things on the field," Rodgers said.

"You know Randall and Jordy were kind of the poster children for just doing it the right way playing ball letting ball kind of take care of everything not being a diva," said Packers wide receiver Davante Adams

There are rumors circulating around the league that involve a possible Randall Cobb trade. Cobb just bought a house in Houston and planned on the long haul. His QB Deshaun Watson has faith they stay intact past the deadline.