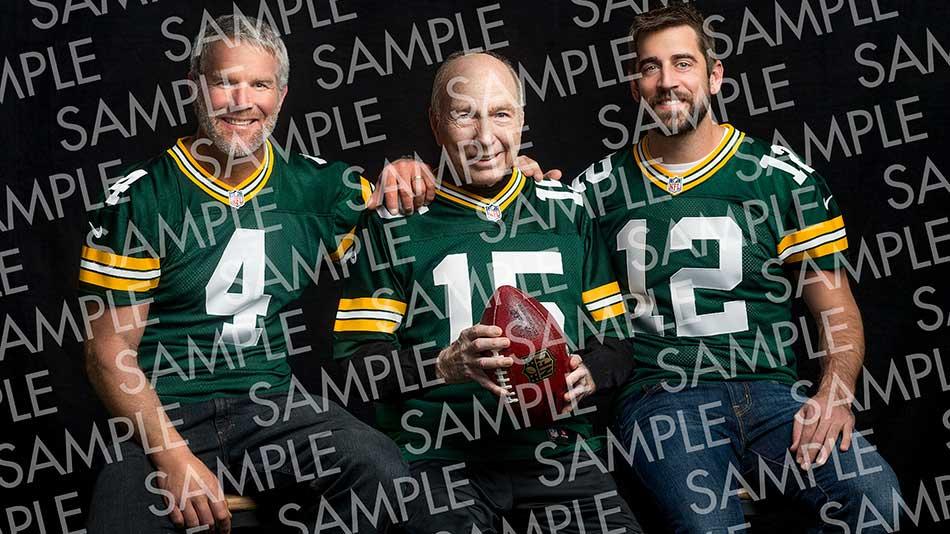 The Green Bay Packers announced on Monday an exclusive photo of Brett Favre, Bart Starr and Aaron Rodgers is now available through the Packers Pro Shop.

The photo is titled "Legendary Quarterbacks."

According to the Packers, the photo was taken on Thanksgiving last year when Brett Favre was honored at Lambeau Field.

The framed and matted photographs will be available in several different sizes, and prices ranging from $99.95 to $399.95.

According to the Packers, 100 percent of the profits will be donated to charities chosen by Starr, Favre and Rodgers.

The photos are available for purchase at http://pckrs.com/qbphoto, and will be available in-store at the Packers Pro Shop beginning in early November. Orders placed through the website should allow up to four weeks for delivery.