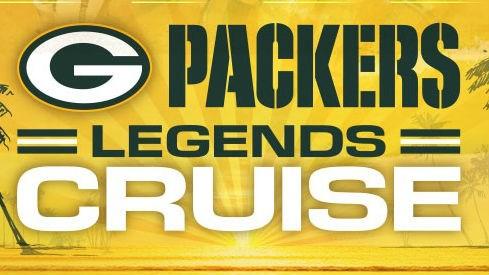 Packers fans will have the exciting opportunity to join Packers players and alumni aboard the Packers Legends Cruise, a five-night Caribbean cruise in March of 2018, the organization announced on Tuesday.

This once-in-a-lifetime, interactive vacation will feature five nights aboard the luxurious Royal Caribbean Independence of the Seas, where fans will have unique opportunities to engage with some of the most celebrated Packers players in team history.

The Packers Legends Cruise, which is being produced by Leadership League, will depart from Fort Lauderdale, FL, on March 10, 2018, and sail to Puerto Costa Maya and Cozumel in Mexico before returning to Fort Lauderdale on March 15.

“We’re pleased to offer fans this exciting opportunity to enjoy an unforgettable vacation along with so many Packers greats,” said Chad Watson, Packers director of sales and business development. “As a community-owned team, our fans have had such a unique relationship with the organization over the years, and we’re looking forward to this cruise enhancing that relationship and giving fans the chance to connect even further with the Packers.”

Fans will enjoy opportunities to mingle with the Packers players and alumni and can spend time with them at one of the ship’s many lounges and pools. The players will also join in exciting activities for fans of all ages both at sea and on shore, including a Welcome Aboard Show, Green Bay’s Got Talent competition, Super Bowl XXXI Rewind, Remembering Reggie White, question-and-answer sessions, sports deck competitions, belly flop competitions, kids-only interactive games, live auctions, and shows featuring legendary Green Bay-area artists and musicians. Additionally, items such as autograph passes and private player dinners can be purchased, allowing fans to gain additional access to the players and priceless souvenirs.

“The Packers Legends Cruise will be an incredible, five-day experience for the passionate fans of this historic and iconic NFL franchise,” said Damian Williams, the founder of Leadership League. “The cruise will provide an excellent opportunity to socialize with current and former Packers legends in a family-oriented and wholesome environment. People can feel very confident that they’re going to have one of the best times of their lives.”

The Royal Caribbean Independence of the Seas is a marvel of maritime engineering packed with phenomenal onboard experiences -- including the FlowRider® surf simulator, a rock climbing wall, ice skating rink, cantilevered whirlpools, mini-golf course, 10 pools and several spa options.

Fans can reserve space aboard the Packers Legends Cruise now by calling 844/582-1119 or visiting www.packerslegendscruise.com. Packages include all-you-can-eat dining, non-alcoholic beverages and access to public Packers Legends Cruise and Royal Caribbean Cruise events. Cabins start at just $699 per person. This cruise is not available for purchase through Royal Caribbean.

Leadership League is emerging as the top values-based experiences company in the United States. Founded in 2012 by Damian and Anne Williams, the organization produces customized events that strengthen the connection with local fan bases through transformative experiences. Leadership League counts the Pittsburgh Steelers, New York Jets, San Francisco 49ers, and the Women’s Tennis Association among its NFL and corporate clients -- and today welcomes the Green Bay Packers to its partner family.